Advertisement
HomeBOLLYWOODENTERTAINMENT NEWSTaimur's favourite game is to point at my camera and say 'khichik khichik', he calls the photographers as 'Mediawale', shares Saif Ali Khan

Taimur's favourite game is to point at my camera and say 'khichik khichik', he calls the photographers as 'Mediawale', shares Saif Ali Khan

Saif Ali Khan, in an interview with a leading daily, said that his youngest son Taimur Ali Khan's favourite game is to point at his camera and say 'khichik khichik' and pretend to be a photographer whom he calls 'mediawale' assuming it to be their name.

"Tim Tim is more media-savvy than either me or Bebo. He calls the photographers 'Mediawale'. He thinks 'Mediawale' is a name! One of his favourite games is to point my camera at people. He will say khichik khichik and pretend to be 'Mediawale'!," Saif told the daily. Paps! We hope you are reading this as to soon Taimur might give you a run for your money! 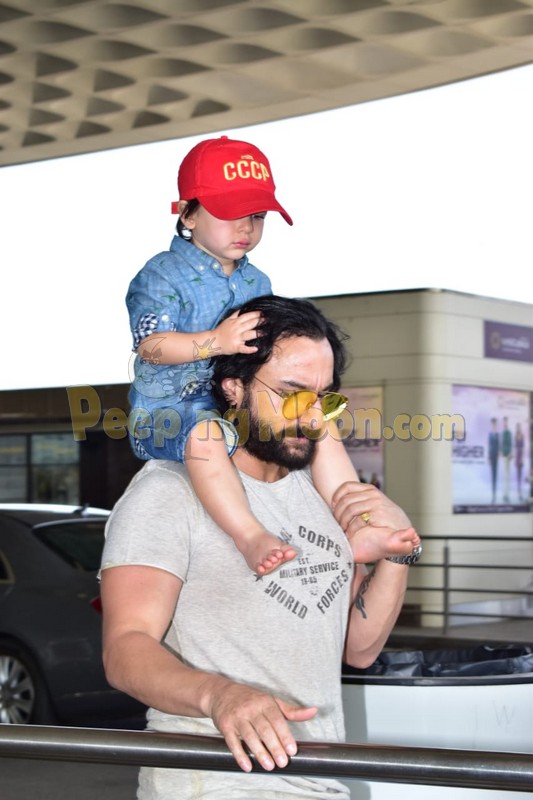 Recommended Read: Father Saif Ali Khan reveals his kids Sara and Ibrahim have taught him the real meaning of 'OOTD' and 'GOAT'; admits Taimur's style game is better than his!

A while ago, Tim Tim, to everyone's delight, called the cameramen as media in public and exhibited an 'aww' from his fans. However, in terms of Taimur's growing popularity in the media, parents Kareena and Saif have time and again expressed their concerns. Taimur's mother Kareena, on various platforms, said that she gets to know the whereabouts of him through social media. She also told that as far as his safety and popularity is concerned, she shall try to protect him as much as she can but can't stop him from venturing out of the house.