On Maharashtra Day, Aamir Khan does 'Shramdaan' at Satara district along with wife Kiran Rao

Aamir Khan celebrated Maharashtra Divas by doing Shramdaan in Koregav taluka, Satara district along with wife, Kiran Rao and was accompanied by thousands of Jalamitras who came forward to help Aamir and his non-profitable organisation, Paani Foundation. Alongside the actor were also present Marathi actors Amey Wagh and Sai Tamhankar to show their support for the cause.

Early morning on Maharastra Day, Aamir Khan was seen doing Shramdaan at Chilewadi, Koregaon district where he and his wife, Kiran Rao got welcomed by the villagers. 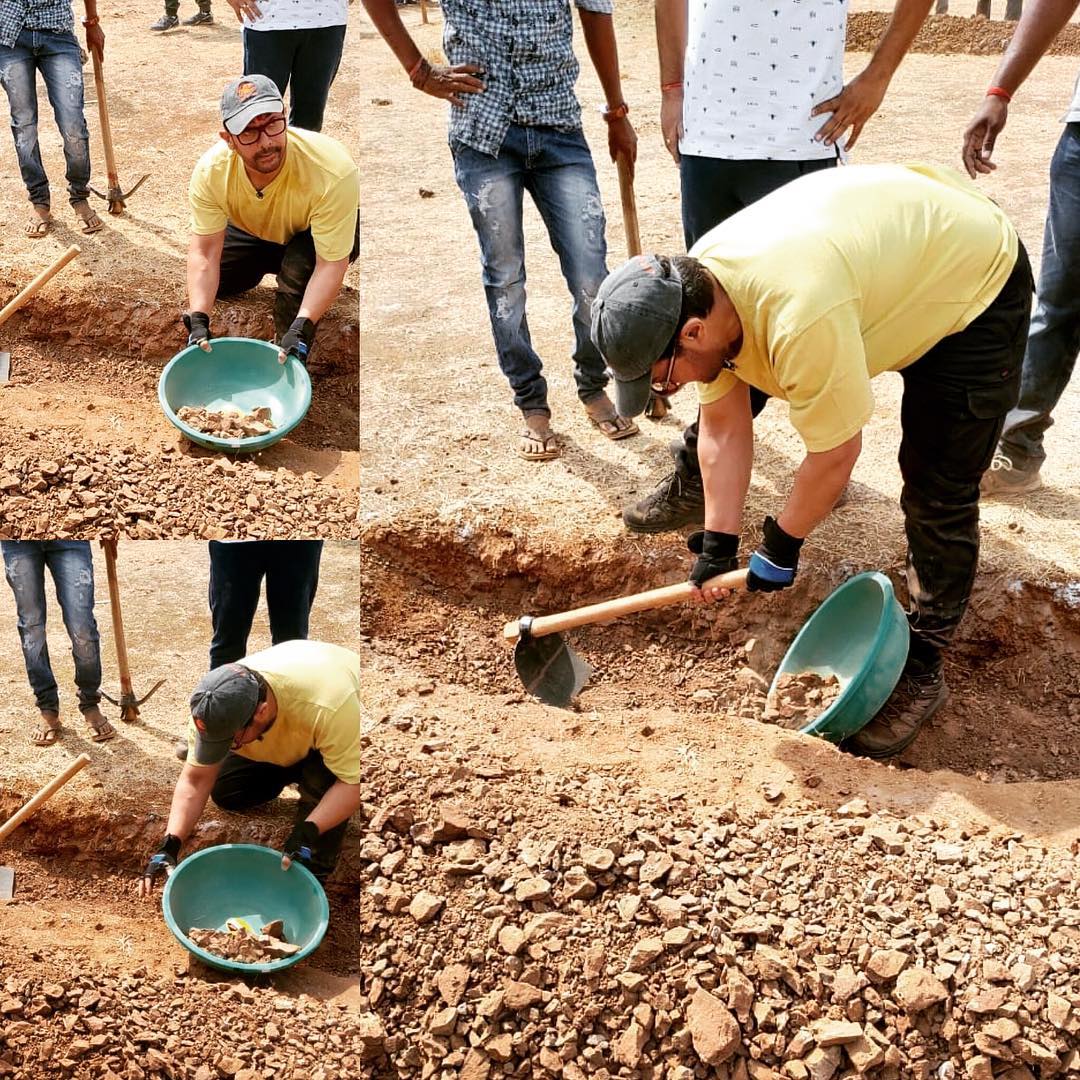 After the warm welcome, Aamir Khan headed to the location and started carrying out Shramdaan to help and got support from the thousands of villagers who also got inspired and joined the actor in his activity. Marathi actors Sai Tamhankar and Amey agh were also seen sweating it out with Aamir for the good cause.

Actor Milind Gunaji was also seen at the event which was a part of the Me Jal Mitra campaign. Paani Foundation is a Non- Profit organisation started by Aamir and Kiran to which works towards community-based water harvesting movement for a drought-free Maharashtra.