It is not an unknown fact that Kareena Kapoor Khan’s and Saif Ali Khan’s two and a half-year-old son Taimur Ali Khan is constantly under the eyes of the paparazzi. The star kid is clicked almost every day and his pictures go viral in no time, daily. Recently, on Rajeev Masand’s show, Kareena Kapoor Khan opened up about the constant attention her son is going through.

“I just feel that it is a very confusing thing. We obviously don’t want him to get used to being clicked all the time but now he understands. Now he is saying media, of course, because he hears us saying that ‘oh look media’. Now, he is picking up words. He is very innocent because he has been told that you have to say Hi and Hello to everyone. He is saying Hi and they’re saying hello, they are very polite. I have to say that. They’ve been very polite and they’re always at a distance but the fact is that yes, they do it constantly. The only thing we want to give him is a normal life. But all we can do is just lead a normal life and they can click him from a distance and then go on and do something else. Like go on and click Ranveer Singh,” said the actress. 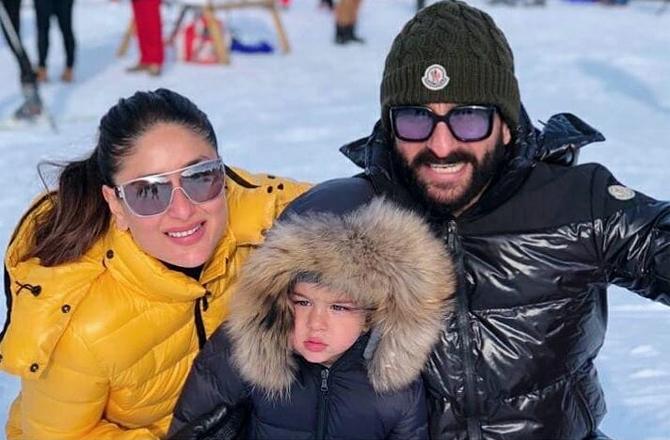 Recommended Read: Please don't stalk Taimur; he is not a star, just a child: Saif Ali Khan on the constant attention of paparazzi on his son

When asked if she pampers her som Tim a lot, Bebo added, “According to Saif, I spoil him silly. He's like ‘You Don't know how to discipline him.’ And obviously, Saif is like don't do this, you have to do this and you have to do that but I think he has more experience and he is doing a wonderful job because he is giving so much time to Taimur.”