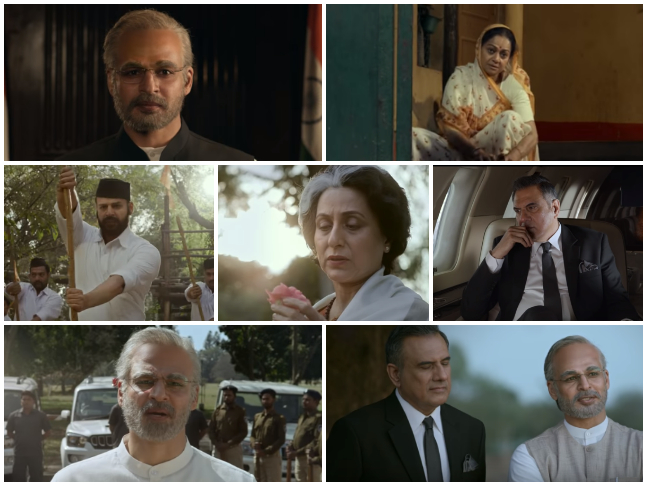 Vivek Oberoi essays the role of Prime Minister Narendra Modi in the biopic of the latter titled, PM Narendra Modi. The trailer of the biopic that is directed by Omung Kumar was released today in the wee hours of the morning. Vivek, who came dressed as PM Modi during the trailer launch event yesterday tries to depict the charisma and enigma of the incumbent prime minister.

The trailer shows the various important stages in Prime Minister’s life and we get to see Vivek portray Modi right from his young days to his present. We also get to see a glimpse of Modi’s early life and the struggles of his mother to earn a livelihood and the impact it has on the young Modi. The trailer also shows Modi joining Rashtriya Swayamsevak Sangh and his various journeys that shaped his life and ideology. Vivek tries hard to portray Modi but it is a mammoth task as we get to see the man himself on our TV sets every day and the audience is way too familiar with the mannerisms and quirks of the PM.

In the trailer, we get glimpses of Manoj Joshi as Bharatiya Janata Party (BJP) president Amit Shah and Prashant Narayanan as a journalist out to end the ‘Modi wave’. Boman Irani makes an appearance too as a confidante and PM Modi’s aide. We also get a glimpse of former PM Indira Gandhi who proclaimed Emergency in India, proving to be a turning point in Modi’s ideology and life. PM Narendra Modi also stars Prashant Narayanan, Zarina Wahab, Barkha Sengupta, Anjan Shrivastav, Yatin Karyekar, Ramakant Dayma, Akshat R Saluja, Jimesh Patel, and Darshan Kumaar. The film is slated to release on April 5.