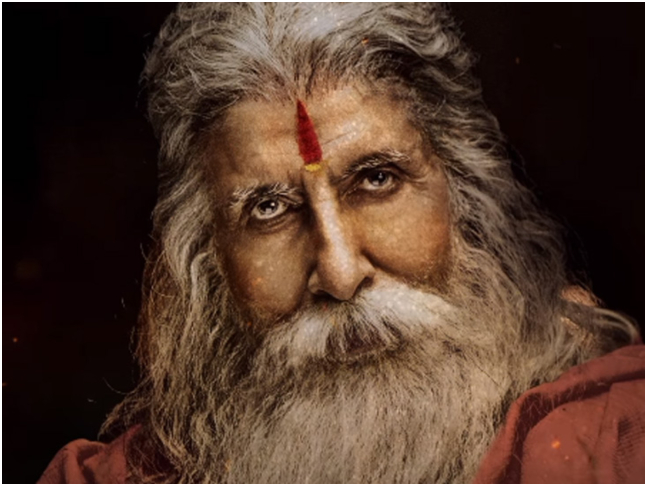 The short teaser released today shows Amitabh sporting a long grey beard, a wig and a big red tilak on his forehead and dressed in an orange garb. A gentle smile on his visage completes his look. This is the first time Amitabh is playing the role of a spiritual leader and the teaser ends with a birthday wish for the superstar.

RECOMMENDED READ: Birthday Special: The secret behind Amitabh Bachchan’s valour at 76, still as fierce as Khudabaksh

Amitabh had earlier commented on his bearded look from the film on his blog. He had written, “.. as may be noticed .. the beard and the hair and the head, all in unison to make my working life a running hell , is back .. despite the swear of ‘never wanting to work in a film which required me to be of beard and wig’ …the trials and tribulations of professional necessity .. .. though I must say .. this one gives promise of a permanent base in the Himalayas …”

The film will be released in four languages- Tamil, Telugu, Tamil, Kannada and Malayalam. It also stars Jagapathi Babu, Nayanthara, Tamanna, Kichcha Sudeep, Vijay Sethupathi and Brahmaji. It is directed by Surender Reddy and produced by Ram Charan. Interestingly, this is the second film in which Amitabh will be seen in a grey beard, the other being Thugs of Hindostan that also stars Aamir Khan, Katrina Kaif and Fatima Sana Shaikh.

Watch the teaser below: