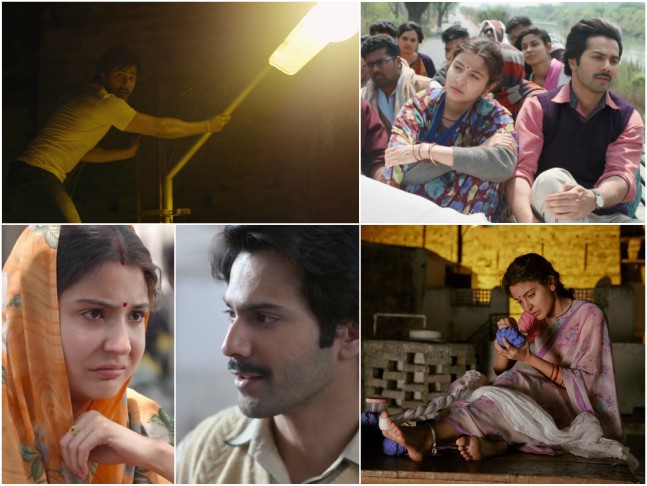 Anushka Sharma and Varun Dhawan are pairing for the first time in YRF's much awaited Sui Dhaaga – Made in India. The two actors play innocent village folks, Mauji and Mamta, living in heartland India as they dream to make a name for themselves. While Anushka plays an embroiderer, Varun plays the role of a tailor.

With their fresh chemistry being hailed widely by the audience, the makers have added to the excitement by unveiling the first song from the film titled Chaav Laaga. The song witnesses Mauji and Mamta’s heart-warming, innocent love story and captures the emotional and uplifting journey of Mamta and Mauji, who from being life partners become business partners chasing their aspirations and ambitions.

Chaav Laaga is an earthy, melodious and poetic track. It is an ode to finding love and understanding in one’s relationship with their partner, while dealing with life’s constraints and obstacles. The song focuses on Mauji and Mamta's deeply felt affection for each other that grows with time.

Varun and Anushka launched the song today in the Pink City of Jaipur.

For Anushka, Chaav Laaga beautifully brings out the journey of Mamta and Mauji’s love story and how they fall in love with each other by learning to respect each other’s talents and abilities. "It is a song that celebrates the purity and strength of love," shared the actress. On the other hand, Varun added, "I love Chaav Laaga for its innocence. It shows real romance between very real people. Mauji and Mamta find the courage to dream, to aspire and to chase their goals by trusting each other. The song celebrates this trust, this unconditional love."

Sui Dhaaga is all set to release on September 28 this year.