Advertisement
HomeBOLLYWOODENTERTAINMENT NEWSKaran Wahi on Hate Story 4: We are not selling sex through the film

Karan Wahi on Hate Story 4: We are not selling sex through the film

Karan Wahi has fans drooling in all the spheres of entertainment. He made his Bollywood debut with 2014 comedy Daawat-e-Ishq and is now taking the lead in the fourth instalment of Hate Story starring alongside Urvashi Rautela, Vivan Bhatena, and Ihana Dhillon.

In a recent conversation with Karan, the actor talks about his new film and why he came on board, what he loved about the shooting and his experience on filming it abroad. Check it out!

What is so special about Hate Story 4 and what's your role?

In the film, I am playing the son of a very affluent tycoon, basically, a very rich guy who works with his father. His name is Rajveer and he is in his mid-20s and is more flamboyant, more expressive than probably his father or his brother.

Recommended Read: Karan Wahi has a question, ‘Have You met You’. Find your answer

How much is too much ‘bold’ in the film? Would you go full monty?

I am very comfortable. I shot for a few web shows in the last one year, where there were bold scenes. There are bold scenes in Hate Story too, but not too many. It depends on what is bold to everybody. If I can justify not doing something, I won't do it. And I think, 10 years from now what we are calling bold today might not be bold tomorrow. I don't want to go full monty to sensationalize anything.

How was the London schedule of the film?

My two months in London was great. We roamed around Northampton in London and saw some really nice places. I spent a lot of time with new people and had some really interesting conversations with strangers. I think it's been a great trip.

One day I had an off so I went to the pub. I asked the bartender for a drink when an old man in his 80s said, “Excuse me, young man, don’t you see we are sitting here!” I had unknowingly invaded their space so I apologized. Later he insisted I drink with them and before the bartender could get me my drink, the old man asked me to take a sip from his glass and said, “Welcome to the gang.” The next hour I spent talking to these three men of 75, 79 and 83-year-old who had also met each other at the bar. That's what I loved about it. You can’t do this here in India. 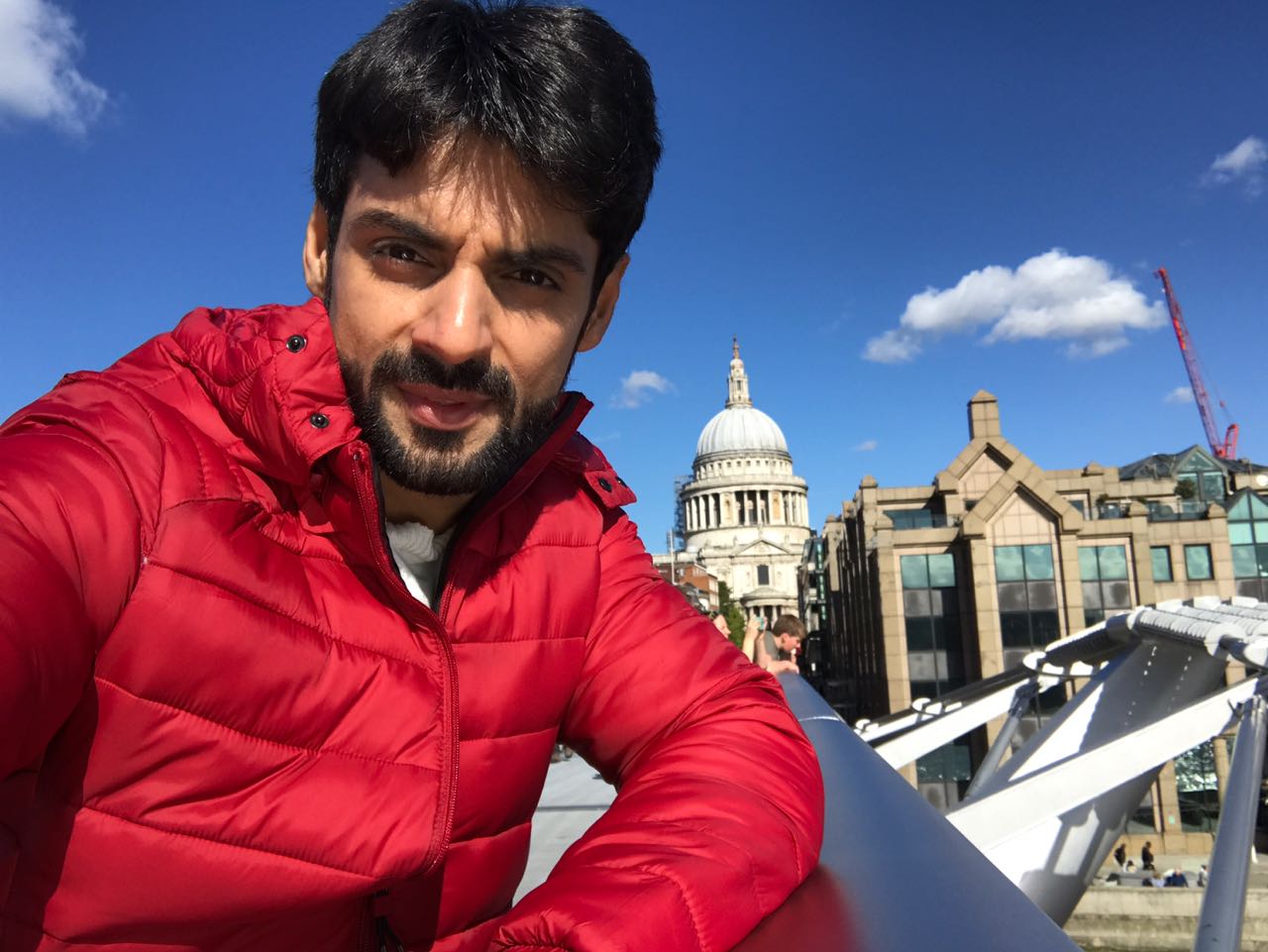 What do you think when you think of the title hate story 4?

I think it’s apt because it revolves around the hatred of the characters and every part of the franchise is a revenge story.

Have you hated anyone in real life?

Hate is a very strong word which I didn’t quite understand when I was young. Anyone I disliked I thought I hated them. But as I grew older I realized that hate is not the word I would use to express. I might like or dislike someone but I think very rarely now I hate somebody.

Hate is the opposite emotion of love. People who love someone, when things change, may hate the same person they love. What you have to say about that?

I think each to his own. I think you hate the circumstance more than you hate the person. I think anyone that I have loved in life or anyone who was close to me and is not anymore, I don't hate them. I feel with time, that those people, who you loved the most or you were close to, don't matter to you as much as they used to.

Films versus television which medium you enjoyed more and why?

Both mediums. Films and TV are equal for the viewers. This hierarchy has been created by us. And now we have put another medium in the race that is the web. I have been here for a long time and I have done web, fiction, non-fiction and I have realized I give my best to all projects, irrespective of the medium they are aired on.

The ‘TV actor’ tag is disliked by many TV actors when entering the Bollywood industry. Your thoughts?

I don't have a problem with being called a TV actor because that's where I started my journey. There is a classic example of Shah Rukh Khan, we still say he is from television but we don't call him a television actor. I think that will always be there and it is not good or bad. It's because it is what got you in the limelight. So even if I do one film or many films, people call me television actor and I'm okay with it.

What kind of films do you want to do in future?

I'd rather do anything and everything that comes naturally to me. If I become choosy then I am curtailing myself from others.  Usually what happens is with people like me, who have a decent body, unfortunately for us, everything is about showing the body. People talk about your look, body and dance, but rarely do they talk about your work. I think that is one reason that I don't mind doing anything that makes me happy. 10 or 20 years from now, I'll at least have a lot of things that I would have done, which would be different.