Javed Akhtar submitted an official letter in a court in Mumbai today saying Kangana Ranaut's petition seeking transfer of the criminal defamation case filed by him against her was "devoid of any merits" and aimed at delaying the proceedings.

In his written reply, filed through lawyer Jay Bharadwaj, Javed said, "The present transfer petition is devoid of all merits and is liable to be dismissed at the very threshold. The same is only filed to delay the proceedings before the Andheri metropolitan magistrate's court (which is currently presiding over the case). The grounds mentioned in the present application were raised for the first time after more than seven months of summoning of the applicant (Kangana Ranaut) with the sole intent to delay the matter." 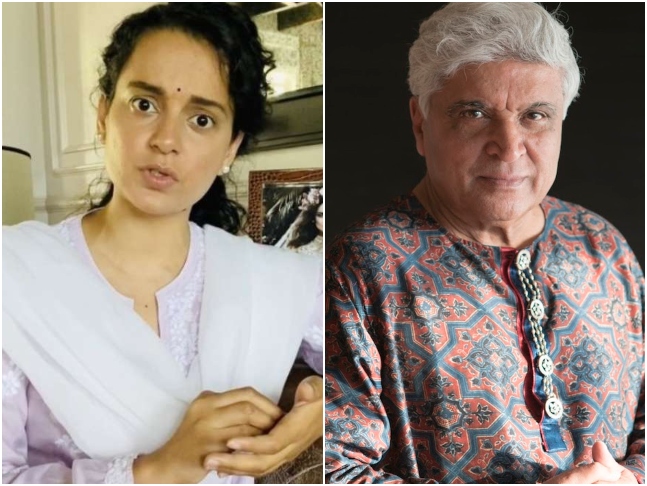 Kangana Ranaut had last month filed the petition before the chief metropolitan magistrate seeking transfer of hearing into the complaint to another court, saying she had "lost faith" in the magistrate's court as it indirectly "threatened" her of issuing a warrant if she failed to appear before it in a bailable offense.

For the unversed, Javed had filed the criminal complaint against Kangana in November 2020 before the Andheri metropolitan magistrate for allegedly making defamatory and baseless comments against him in a television interview given to journalist Arnab Goswami. Later, Kangana had also moved a counter-complaint in the court against Javed for alleged "extortion and criminal intimidation" before the metropolitan magistrate court.