The ongoing controversial reality show Bigg Boss 13 has managed to garner attention for all the wrong reasons. Apart from violent attacks inside the house, what has made headlines is the personal life of the housemates. One of the ex-contestants Arhaan Khan has found himself in troubled waters a couple of times for his married status. The actor, who entered the house as a wild-card, got eliminated, just to return to the house couple of days later and then yet again made an exit owing to lesser number of votes, has been facing troubles as an actress named Amrita Dhanoa, who claimed to be his love interest, got caught in a sex racket a few days ago. She, on the investigation, blamed Arhaan. Reacting to her claims, the latter, during an interview with a leading daily, revealed that he doesn't know her in person and hasn't even met her once.

"Yes, even I read somewhere that she is blaming me for her arrest. I mean I don’t even know her, how can I get her arrested. I had cleared in the media during an interview that I don’t know this girl (Amrita). However, few publications went ahead and did her interview and she got a chance to spread the lie. I still stand on my ground that I don’t know this girl and have never met her, how can I date her or be in a live-relationship," Arhaan told. 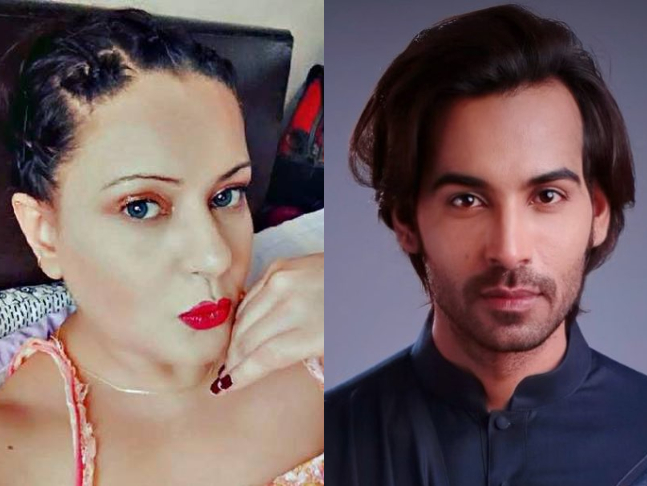 Arhaan further spoke about Amrita's claims of borrowing money from her. He then stated that if they were dating, Amrita should come out in the open and show pictures of them. Saying she is defaming him for the sake of publicity, Arhaan dismissed Amrita's claims as false.

"If I have taken money from her please ask her to show bank transactions and prove it. I am ready to give her Rs 5 crores if she can prove that I took money from her. Also, if I had dated her please ask her to show my pictures with her. She has not been able to give any proof. Bigg Boss is Asia’s biggest reality show and I have seen this in past also where people have used someone’s name for publicity. She is also doing the same. We all remember how before Abhishek Bachchan’s wedding, a girl claimed of being his wife. She had cut her wrist also for him. But we all know it was fake," Arhaan added.

A few months ago, Amrita came in the limelight after she made a statement claiming that Arhaan was in a live-in relationship with her and his bonding with Rashami Desai is unfair. So much so, Amrita filed a complaint against the latter at the Oshiwara Police Station and accused him of cheating her physically, emotionally and financially. Back then, she revealed that Arhaan's real name is Mazhar Sheikh and stated that before entering the Bigg Boss 13 house, Arhaan had taken a whopping amount of 2.5 lakhs from her.