Popular TV actor Aansh Arora who is seen in Balaji Telefilms show Kasam Teri Pyar Ki that airs on Colors and also stars Ssharad Malhotra and Kritika Sengar in the lead as well as in Queens has been in the news since morning for being brutally assaulted by the Ghaziabad Police.

Aansh accused Ghaziabad Police of subjecting him and his minor brother to third-degree torture, for an entire night, on May 12. The actor, while talking to media had revealed that he did get into an altercation at a convenience store in Indirapuram, Ghaziabad on May 11 and had gone back to the store on May 12 (night) to apologize for his behaviour, which is where the Police picked him up and bashed him there and took his brother in custody. After hearing Aansh’s side of the story, a few hours back a CCTV footage went viral on social media that shows Aansh and his brother fuming with anger and damaging the property of the shop and breaking computer screens.

Look at the video below:

On the other hand, the actor has gone all out in media and released a statement along with pictures seeking justice and penned a letter to the National Human Rights Commission.

His letter read as, “I am Aansh Arora, I am a working person and Also in TV industry. Me and my brother have been a victim of police brutality. We have been tortured and physically assaulted by the police officers of P.S.-Indrapuram, Ghaziabad U.P. the incident occurred while me and my younger brother had been taken into police custody. We were subjected to extremely cruel and inhuman behaviour by the officers who assaulted us all through the night till the next morning.

In brief, it is to bring to your notice that on the night of 12/05/2019 at around 1:30-2:00 A.M. me and my younger brother went to store called 24x7 (twenty four seven), shopprix mall, sector-4, indirapuram, ghaziabad, U.P. which is quite a popular joint for food and confectionery items and is opened throughout the night. I went inside the store while my brother was waiting for me in the car. In the store I was apprehended by some police officers regarding an altercation which transpired a night earlier at the same place, I went there to sought out the dispute but the police officers forcefully arrested me U/s-151 of Crpc. When the police was taking me into their van and my younger brother saw the occurrence because he was waiting for me in the car which was parked just outside the store. So he came to cops to enquire about my situation. Inspite of explaining him about my situation the police officers forcefully dragged him into the police van saying “tu iske sath hai na, toh tu bhi chal, thane mein batate hai” and forcefully took our mobile phones. Me and my brother requested them to call someone from my family but the police denied saying we will call them later and started punching me brutally very ruthlessly and took me and my brother’s phone. When we reached the police station, there were around 5-6 policemen in uniforms who on our entering started beating me and brother very violently and brutally by their hard sticks. They were also abusing me and my family members while beating. We were constantly begging and requesting them to inform someone from our family but we were completely ignored and our pleas were not considered. After beating us the assembled police officers locked us inside the lock up at some time around 2:30-3:00 am. In the lock up shaking and trembling with pain we were constantly begging them to inform our family members or to call the concerned persons regarding the the alleged incident of the night before, however, the police persons ignored us throughout the night saying “itni kya jaldi hai bulane ki, abhi toh aaye ho, aaram se bula lenge sabko” and left us in the lock up through the night.

On the next morning around 8-9 A.M, since neither I nor my brother had returned home, my parents out of concern, visited P.S. Indirapuram , Ghaziabad, where they enquired about and sought registration of an appropriate report. However, they were misled by the police stationed at Indirapuram, Ghaziabad, where they were informed that the concerned raised by them, were subject to the jurisdiction of some other police station. It appears, that the same was done by the police with an ulterior motive as during the entire time, me and my brother were locked up in the cell of the same police station.

Around 10-10:30 in the morning, two persons who were in civil dress but appeared to be Policemen of the police station came outside the lock up, opened it and took my brother (Mridul) to a room which was situated at the backside of the police station. There my brother was again subjected to brutal beating and he was repeatedly hit multiple times with the full swing of a double sized leather bat. From my cell I could overhear my brother screaming for mercy while he was being beaten. When my brother was brought back to the cell he was even unable to walk and was howling and screaming in pain. 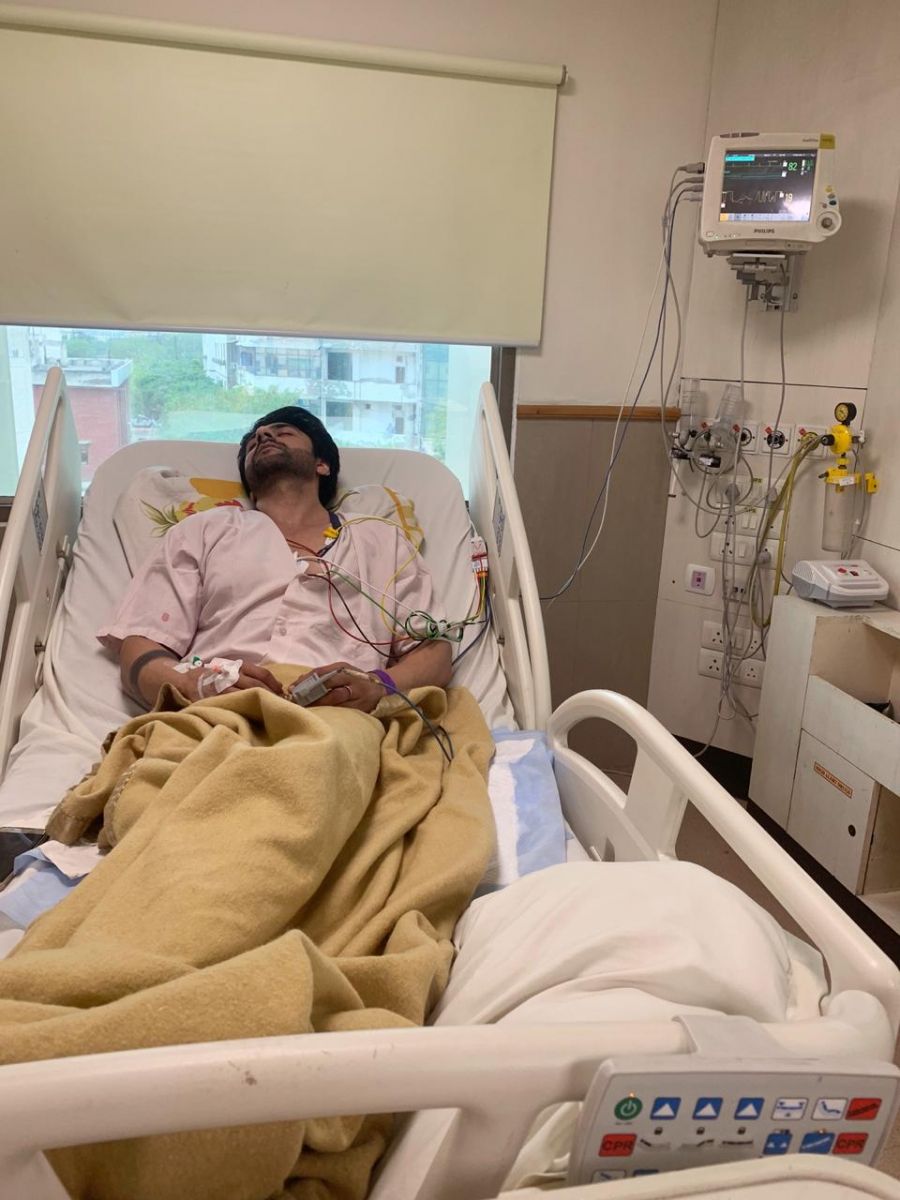 After that the same two policemen in civil clothing dragged me from the cell to the same room where my younger brother had just been assaulted. In the room they picked up a double sized leather bat and asked me to count till 40 and that on every count they will hit me once. They also warned me that If I forget or skip the counting they will make me restart the count again and start the whole process of beating again. However once the beating started I was anguishing in pain and was unable to count or even breath at times. But the Policeman continued to beat me mercilessly with the bat on my leg and on my bare feet.

P.S. am attaching the medical reports along with the pictures of all the injuries that were inflicted while in custody.

I was constantly begging from mercy but the Policemen continued to beat me. After beating me inhumanly for about half an hour, they again dragged me and threw me back into the lock up.

In the meanwhile, my parents had made all possible enquiries from all concerned and after the custody of my brother and me was confirmed at the Police Station Indirapuram, they returned to the Police Station where after repeatedly begging and requesting the Police officers it was finally confirmed by them to our parent’s ha we were in the lock up and would be produced before the concerned Magistrate on the same day. The day was Sunday, therefore me and my brother produced in the evening court of S.D.M. Ghaziabad, from there bail was granted to both of us. It was only after obtaining bail that me and my brother were taken to the Hospital by our parents and administered the requisite medical treatment. 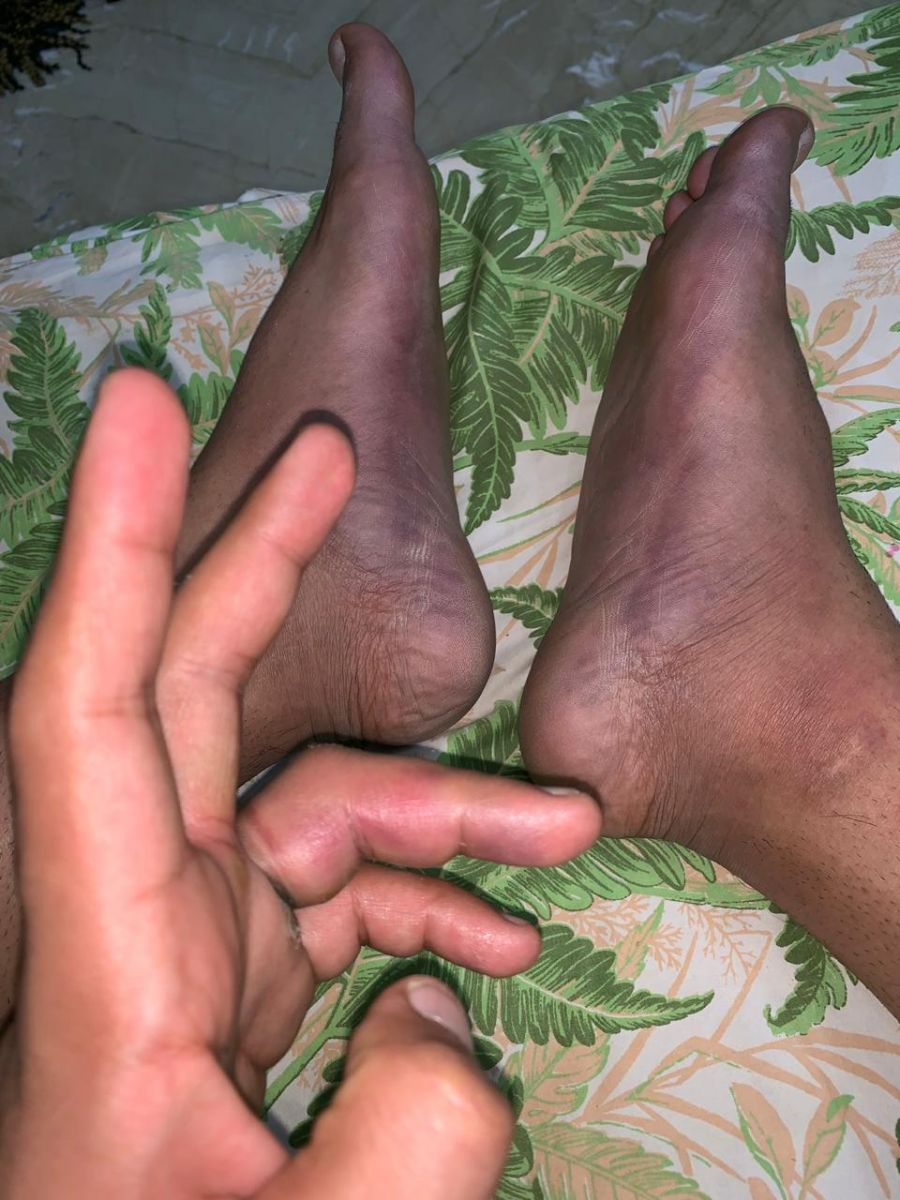 The Police persons had intentionally not subjected us to any medical checkup or treatment, either before or after our arrest or during the period of custody of thereafter, for the fear that the medical checkup would reveal the brutal inhuman treatment that we were subjected to. Even no reason has been forthcoming for subjecting us to such treatment and for concealing even the information of our custody from our family members. We are citizens of this country and there is no authority either under law or otherwise for the treatment subjected on us and the manner the police has acted is in complete disregard of our human rights.