After the opening preview, it was time for Tarun Tahiliani to showcase his chic creations at the very first physical show at the FDCI x Lakme Fashion Week.

The gigantic space enabled the models not to just walk along a long straight runway but also to criss-cross their way into your heart.
Bringing a contemporary touch to classic traditional crafts, the designer selected fabrics like organza, silk, brocade, tulle, raw silk and then added crushed chanderi for more variety.

On view were the capsule collections: Molten Haveli, Temple Mauli, Pichwai, Chikankari, Pakeezagi, Divine Drapes, Shesh Mahal, Rangrez, Brocade, Bridal … all part of the larger showcase which was ‘The Reunion’. 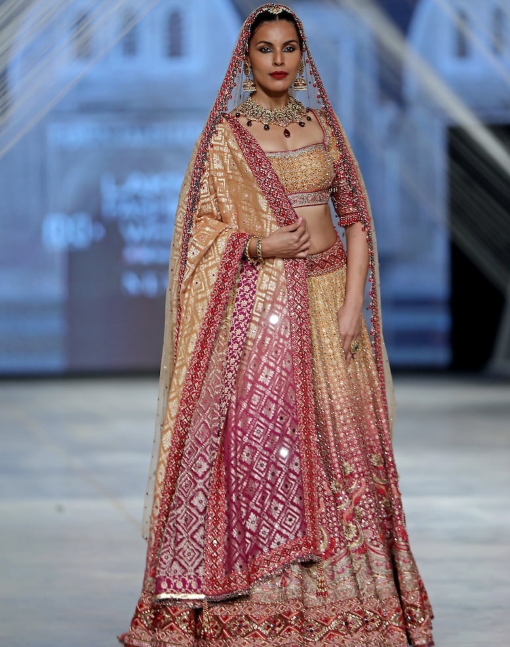 Celebrating deep tones of reds, greens and golds, Molten Haveli took a deep-dive into jaali patterns, where the luminous tones played with light and shadow while highlighting the intricacy of each manipulation by means of cascading lehengas designed for intimate celebrations. 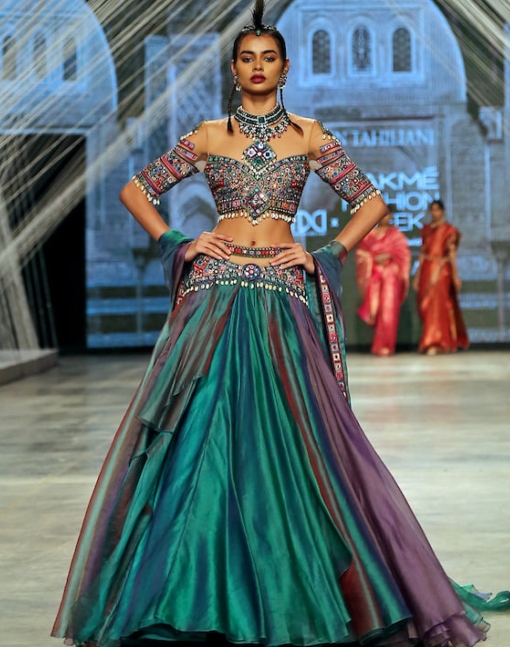 Rangrez, had thousands of metres of woven brocade strips cut out and applied on different forms. 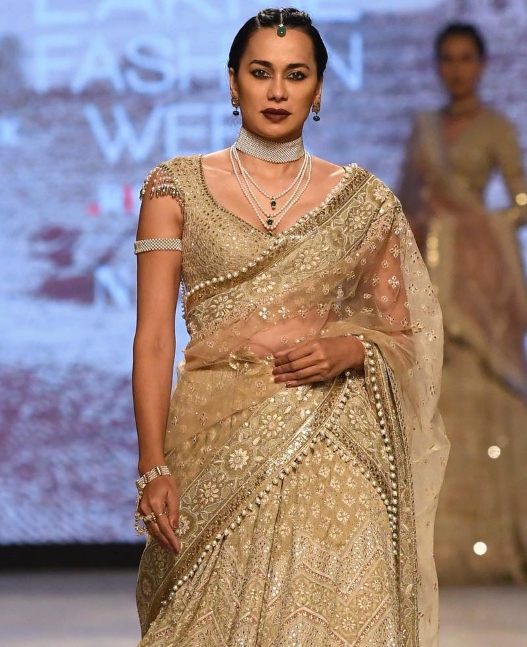 Inspired by the auspicious looks from the scene outside Badrinath temple along with the Rabari craft, Temple Mauli was an expression of an eye-catching, vivid colour palette created with the help of textiles like organza, silk and brocade. 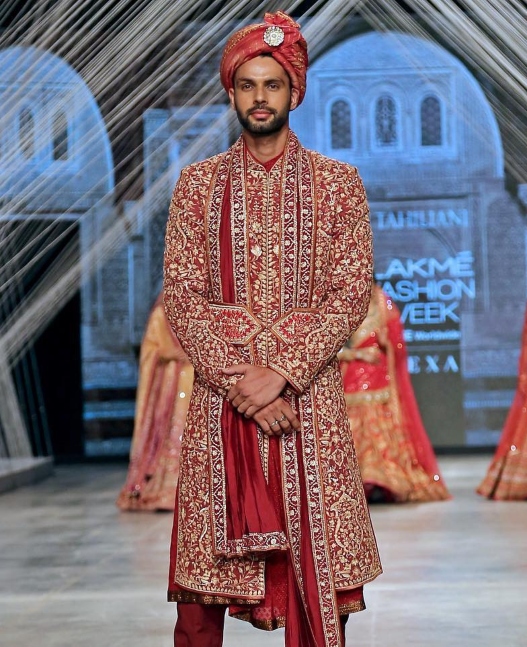 Pichwai took inspiration from the ancient Indian paintings which depicted monochromatic scenes of the Raasleela and Tahiliani’s traditional motifs from peacocks to cows and lotuses. 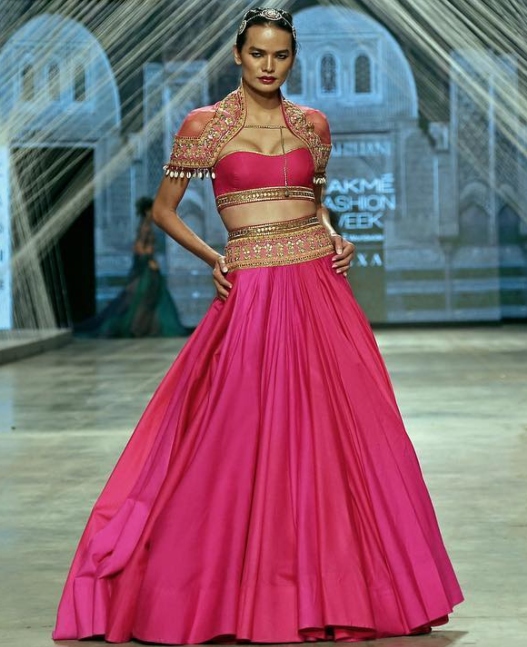 Chikankari was reminiscent of the tomb of I’timd-ud-Daulah in Agra, whose latticed carvings and inlay work formed the basis of the motifs. 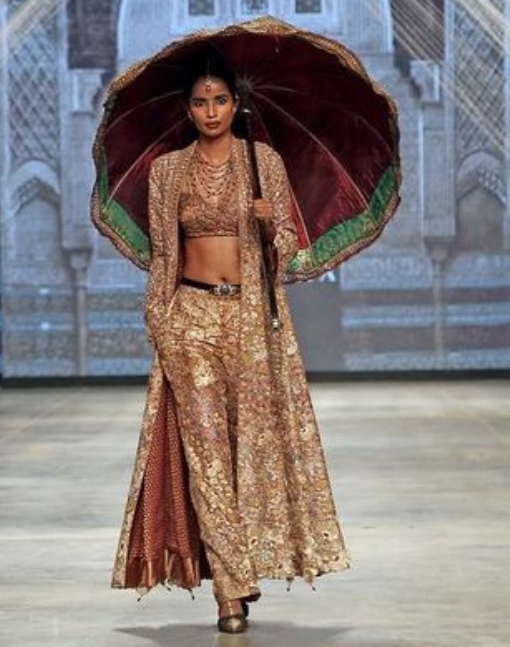 And the Bridal capsule saw the traditional bridal reds along with beige and pastels which have formed the backbone of many collections by the designer.