Tejasswi Prakash took home the coveted Bigg Boss 15 trophy along with Rs 40 lacs after a star-studded grand finale on Sunday night. The actress, who entered the show as a 'junglewasi', gave tough competition to Pratik Sehajpal (first runner-up) and Karan Kundrra (second runner-up). After winning the trophy, Tejasswi reunited with her parents and returned home post spending almost 121 days on the reality show.

Tejasswi celebrated her Bigg Boss 15 win with her parents and beau Karan. Known as TejRan, Tejasswi and Karan fell in love inside the Bigg Boss 15 house. The second runner-up shared a selfie with the winner. He also gave a glimpse of the celebration at her house. 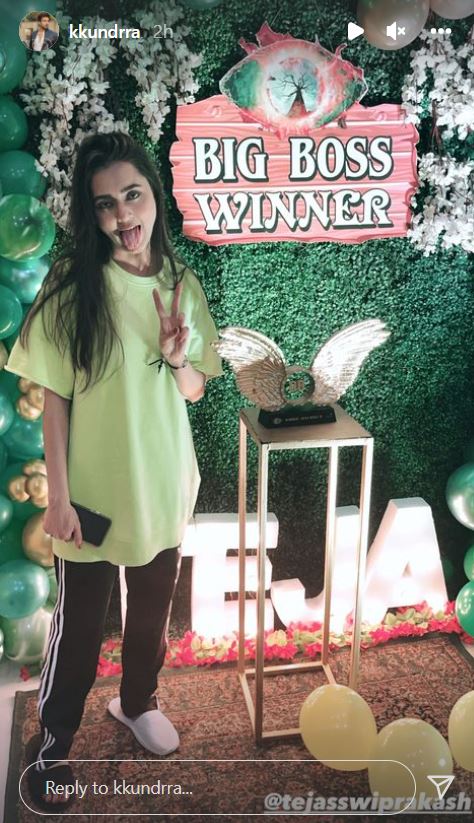 Tejasswi shared a video on Instagram. In the video, we can see that the house was decorated with balloons, neon marquees and a banner that 'Big Boss Winner'.

The evening was special for Tejasswi as she announced her first project after Bigg Boss 15. She will be leading the sixth season of Ekta Kapoor's Naagin.