Kamya Panjabi has won hearts by playing popular grey characters on television. Now, after delivering some hits on the small screen, the actress is gearing up to foray into politics. Reportedly, Kamya has joined the Congress party.

PeepingMoon.com reached out to Kamya for a statement. However, the actress informed us that she'll be addressing the news at a press conference. Kamya told that a press conference has been arranged at Tilak Bhavan in Mumbai on Wednesday, October 27, 2021, at 2 pm. She'll be talking about her foray into politics at that event. 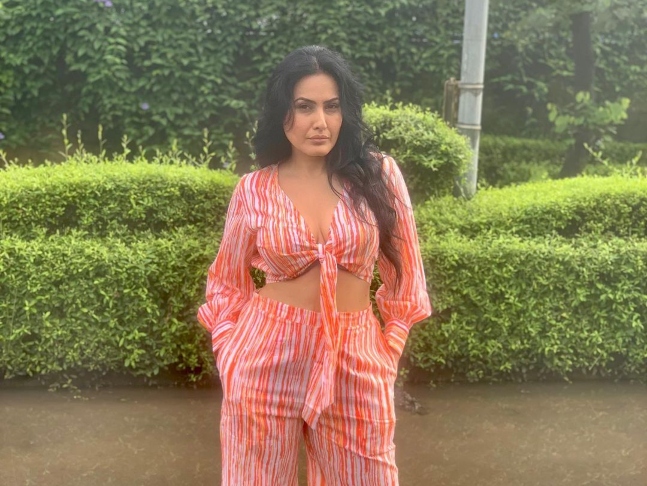 In 2022, Kamya will be completing 2 decades as an actress. Her first show as the lead was Kehta Hai Dil. She went on to star in daily soaps like Kyun Hota Hai Pyarrr, Astitva...Ek Prem Kahani, Maryada: Lekin Kab Tak?, Doli Armaano Ki and others. Kamya made the character Sindoora from Banoo Main Teri Dulhann popular with her impeccable acting.

The actress participated in the 7th season of Bigg Boss and impressed all with her strength. Kamya was last seen in Shakti - Astitva Ke Ehsaas Ki.

TKSS promo: Abhishek Bachchan hilariously suggests Ranveer Singh be given contract for wedding clothes, his explanation will make you LOL

Shivangi Joshi and Randeep Rai to play Anandi and Jigar in Balika Vadhu 2 post leap? These pictures are proof!

Shraddha Arya arrives in Mumbai after her wedding with Rahul Nagal, shows her engagement ring and mehendi to the paparazzi

Rubina Dilaik slams 'pseudo fans' for body-shaming her, says 'you don't see my worth if I don't hire a PR or tip paps for spotting'

Decked up with chooda & sindoor, Shraddha Arya makes for a gorgeous newlywed in the first set of photos from her Pagphera ceremony