Advertisement
HomeTELEVISION NEWSTELLY BUZZNia Sharma remembers being called 'so hot' during casting of Manikarnika, says conversation with film's team was 'a waste of time'

Nia Sharma completed 11 years in the entertainment industry. Over the years, she has ruled television and now, she is making a mark for herself on OTT too. While most actors aspire to make a career in films, Nia apparently has no such plans. In an interview, she said that she doesn't want to go knocking on the doors of Bollywood producers and be underestimated for coming from the television industry. Nia was then asked if she has ever met a ‘big Bollywood director or producer’ who said the same thing to her.

In her response, Nia revealed that she was in talks for a brief role in Kangana Ranaut's Manikarnika: The Queen Of Jhansi. Recalling her meeting with the film's team, the actress said that a person told she looks 'so hot'. Nia added that the meeting was a waste of time and didn't take the conversation ahead with the team. "Manikarnika ke liye ek meeting thi itna sa role ke liye (there was a meeting for a bit part in Manikarnika). It was a stupid conversation. I didn’t go again. Kuch faayda nahi tha uss conversation ka (It was not a worthwhile conversation), it was a wastage of time. And then he was like, ‘you look so hot’. I was like, ‘seriously?’," Nia told. 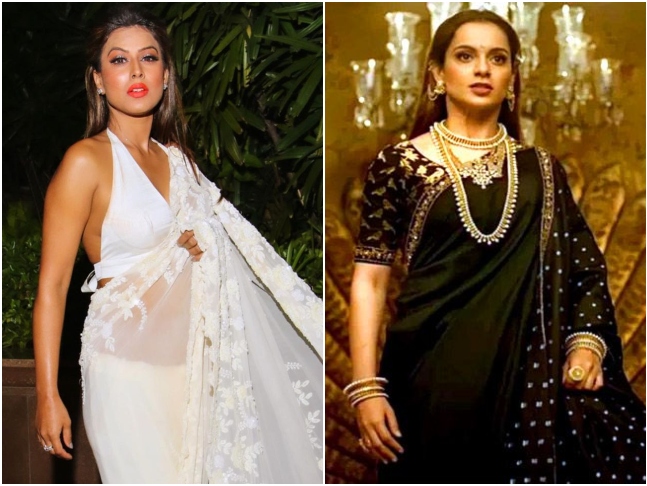 Recommended Read: I had no friends in Mumbai, didn't earn a single penny: Nia Sharma on being jobless for 9 months after the wrap of Ek Hazaaron Mein Meri Behna Hai

Manikarnika marked Ankita Lokhande's Bollywood debut. Kangana played the titular role in the film released in 2019. She also shared a director credit with Krish, who originally helmed the film. Kangana claimed that she reshot almost 70% of the film after Krish abandoned it. The latter called the claim false.

Workwise, Nia was last seen as a guest in Bigg Boss OTT.