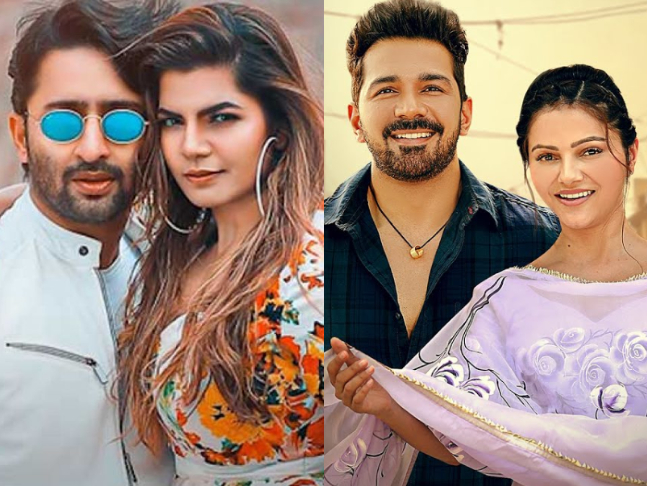 Playback singer Mamta Sharma and Shaheer Sheikh have recreated the famous Saajan film song Mera Dil Bhi Kitna Pagal Hai as an ode to Madhuri Dixit and Sanjay Dutt. Mamta and Shaheer will share screen space in the music video of the reprised track which has been directed by Ashraf Ali. However, the song fails to hold a candle to the original soulful number. The redux version fails to recreate the magic.

About the reprised song, Mamta said, "Being an avid Madhuri Dixit fan, this is a project that is very close to my heart and is my humble ode to her legacy. I had a great time putting this project together. Shaheer is extremely hardworking, humble and cooperative. Bad-Ash has done a flawless job with the lyrics while Ashraf Ali has brilliantly captured the essence of the track in the video. I hope the listeners love this recreated version of the track."

Sharing his experience on the video, Shaheer said, "I had a great time shooting the video with Mamta Sharma as the song is one of my personal favorites. A song which was released 3 decades ago gave romance a whole new meaning at that time and till today, it lives on in our hearts. I remember watching the film for the first time and I totally fell in love with the on-screen characters. Mamta and I have tried to capture every sentiment attached with the song, recreating this popular track from Saajan and hope our fans will appreciate the effort."

Rubina Dilaik has teamed up again with husband Abhinav Shukla for a new music video for song Tumse Pyaar Hai. Their crackling chemistry lights up the screen. Sharing a snippet of the song on Instagram, Rubina wrote, “Hey!! My beautiful people….And NOW the story unfolds…#TumsePyaarHai is out now and all yours. Go watch the video now on @vyrloriginals YouTube channel and tell us gaana kaisa laga in the comment section….. can’t wait to hear it from you ALL @vishalmishraofficial @ashukla09 @mekaushalkishore @tru_makers @poojasinghgujral.”

The song has been composed and sung by Vishal Mishra. The lyrics have been co-written by Vishal and Kaushal Kishore. The music video has been directed by TRU Makers.