As the pandemic continues to cast its shadow of stress over India, Zee TV makes an attempt to lighten up the nation’s collective mood by offering its viewers an escape from all the stress via the route of some much-needed humor and rib-tickling comedy on its upcoming reality show, Zee Comedy Show. Premiering on 31st July and airing every Sat-Sun at 10 PM on Zee TV, the reality show will regale viewers with the entire spectrum of comedy ranging from visual comedy to stand-up to funny skits to parodies and even spoofs. The show boasts of some of the country’s best comedians and artistes putting their funny foot forward in a bid to make the show’s judge - none other than the witty and humorous ace choreographer-turned-filmmaker Farah Khan LOL her heart out. After all, #HasiOnStressGone !

One of the interesting aspects about Zee Comedy Show is the unique layout where all the comedy will unfold – be it the sloped-set or the gravity-defying 90-degree set with a dining table mounted on a wall, there are several thematic miniature set ups and props that are bound to accentuate the sheer level of visual comedy and ensure that every comedian tries out something new with every act. The two teams on the show each have a mix of comedians, actors and singers including Ali Asgar, Sugandha Mishra Bhosle, Dr. Sanket Bhosale, Gaurav Dubey, Ballraaj, Siddharth Sagar, Divyansh Dwivedi, Tejasswi Prakash, Aditya Narayan, Punit J. Pathak and Chitrashi Rawat. Rather than just giving them their scores after their performances like a typical judge, Farah Khan will be seen as the Laughing Buddha, who reacts to their jokes and punches in her own inimitable style and ends up being a catalyst to all the madness! 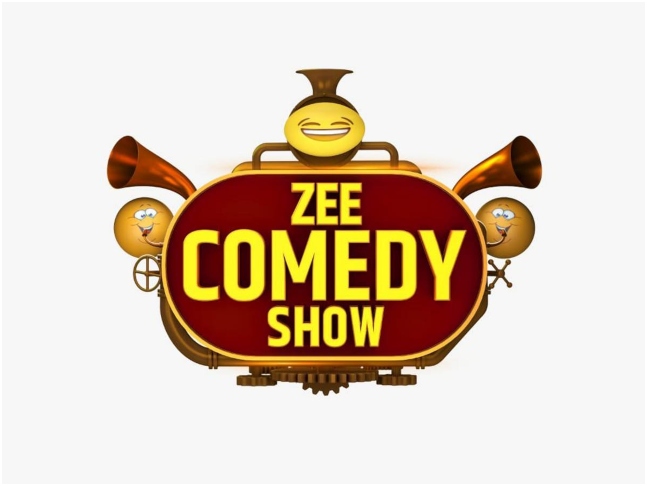 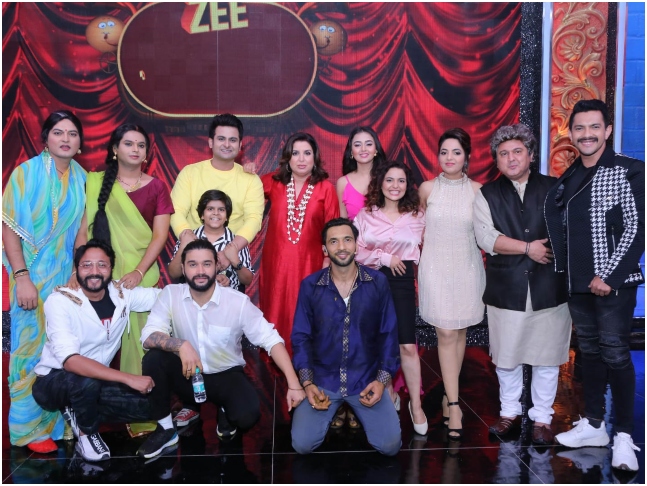 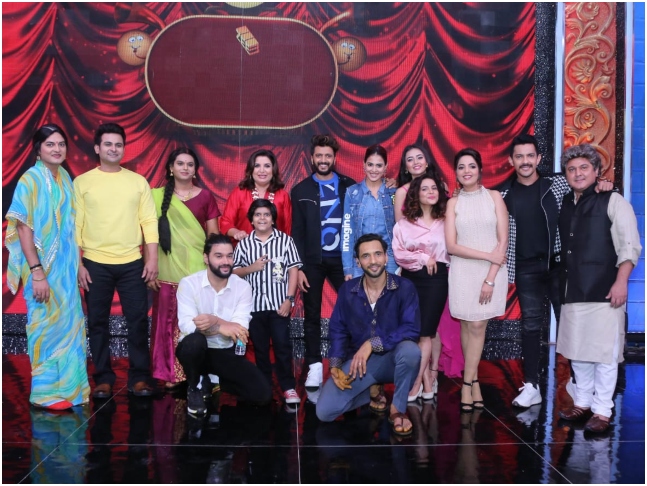 Zee TV Business Head, Aparna Bhosle said, “At Zee TV, we’ve always believed in closely mapping our content offerings to what our viewers are seeking at the moment. In the current context of the pandemic, a lot of us are going through the motions but with a fair share of stress in life. Somewhere, we’ve all forgotten to unwind and laugh. It is with the sole intent of making people relax, bond with their families over laughter and help them spot the silver lining that we’re happy to announce our next reality offering, Zee Comedy Show – an out-and-out laugh riot. With some of the most talented comedians and artistes all set to tickle our viewers’ funny bone and Farah being just Farah – her mad, unadulterated, unfiltered self, we hope to put a big smile on everyone’s face! We have a unique setting where all the comedy will happen – the sets are designed to enhance the visual aspects of the humorous situations and the idea is to entertain every member of the family with comedy in its varied forms!”

While Farah is eager to step into the Laughing Buddha’s shoes and have a ball on the sets, recently a video of her being all stressed out went viral. In an attempt to cheer her up, the Zee Comedy Show artistes came up with the wackiest Reels to make her laugh. Their antics and hilarious expressions had her in splits … Even the influencer and music creator, Mayur Jumani decided to make a catchy #HasiOnStressGone rap song for her and the lively song has spread like wildfire across social media. While all of this certainly cheered Farah up and made her ROFL, Farah revealed she is all set to regale audiences with her gang of mad-caps from Zee Comedy Show and their wholesome, family-friendly comedy which will help everyone beat the blues every weekend!

In the first two episodes, viewers will get to see the comedians pay a heartwarming tribute to the COVID warriors of the country - The policemen and the doctors who have been through some unimaginably stressful times over the past couple of years, especially in view of the pandemic. With an endeavour to put a smile on the faces of those who need them the most, these frontliners were invited on the sets pf Zee Comedy Show and given a chance to unwind with the show’s comedians!
The ‘Laughing Buddha’ Farah Khan mentioned, “We all have been stressing about the current scenario because of the pandemic that has been a threat to all of us since last year.  I feel Zee TV has come up with Zee Comedy Show at the right moment. This is surely going to be the perfect getaway for all the viewers, to relax with their family and laugh out loud. I’m happy that the best of the best comedians and artistes are a part of the show and they will try everything in their power to make me and the whole nation laugh. In fact, we’ve shot for the first two episodes already, and I must say I have been laughing my heart out in each episode. The entire team of comedians, actors, singers, writers and directors are doing a fabulous job and I am sure Zee Comedy Show will put a smile on everyone’s face during this tough time.”

The producer of the show and Founding Chairman and Managing Director at Optimystix Entertainment Pvt. Ltd., Vipul D. Shah said, “Our association with Zee TV dates back to 2004 when we made Zee Cine Stars Ki Khoj, a path-breaking talent hunt format which has given the entertainment fraternity some truly exceptional acting talent. We're excited to collaborate yet again for a perfectly- timed comedy show. Comedy is the need of the hour with all the stress going around and we have a talented team of artists who we plan to creatively challenge through a very interestingly designed set, so each of them is attempting a career-first with every new act. There's going to be a lot of visual comedy and with Farah in the house reacting in her own natural way to all the madness, we can look forward to a lot of no-holds-barred entertainment."

Watch all episodes of Zee Comedy Show, anytime anywhere along with BTS and unseen footage on ZEE5. In addition to this, you also get a chance to win shopping vouchers every week by voting for your favourite comedians on www.zcf.zee5.com Get ready for a laugh riot as Zee Comedy Show premieres on 31st July and airs every Sat-Sun at 10 PM, only on Zee TV