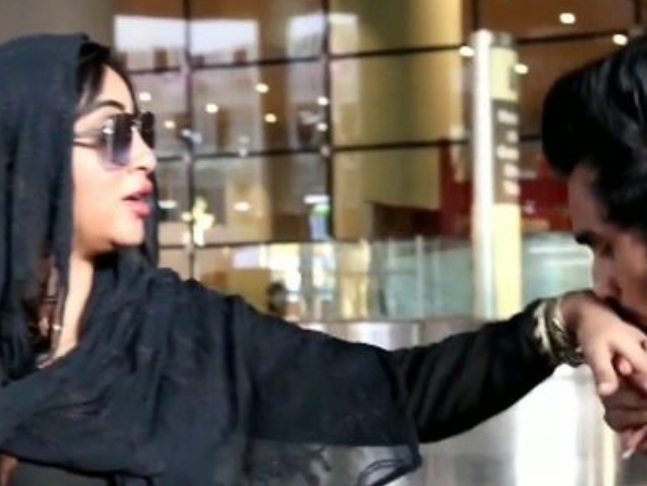 Salman Khan-hosted Bigg Boss has its own fan base. Though controversial, it plays a key role in making lesser-known people reach out to the masses. Similarly, Arshi Khan, who entered the show in its eleventh season as a commoner and in the fourteenth season as a challenger, enjoys huge popularity. Fans of the model are desperately looking out for that one opportunity to meet her in person. When they do so, it definitely takes a crazy twist.

Recently, Arshi returned to Mumbai and was spotted at the airport. A fan expressed his desire to click a selfie. However, after clicking the picture with Arshi, who was polite and calm, the man went on to kiss her hand without her consent. The Bigg Boss 11 contestant was taken aback. Cameramen present at the airport captured the awkward moment and asked her, "Yeh kya ho gaya madam?" An embarrassed Arshi made a hurried exit.

Recommended Read: Arshi Khan to follow Shehnaaz Gill's footsteps, to have her own Swayamvar on TV?

On the other hand, some social media users slammed Arshi for not wearing a mask at the airport amid the second wave of COVID-19.

According to reports, Arshi has signed a reality show once again. Tentatively titled Aayenge Tere Sajna, Arshi will be finding a suitor for herself.