Advertisement
HomeTELEVISION NEWSTELLY BUZZ‘She may have moved on, but I have not,’ says Karan Kundrra on break-up with former girlfriend Anusha Dandekar

VJ and actor Anusha Dandekar recently took to social media to share how she dealt with her break-up with actor Karan Kundrra during an ‘Ask Me’ session on Instagram. After dating for three years, the two called it quits in December 2020. Anusha, who is now dating actor Jason Shah had in several social media posts and interviews accused Karan of ‘cheating’ on her. Now, in an interview to an online portal, Karan broke his silence on their split and said that he has remained silent about their relationship "out of respect" and he would "like to keep it that way." The actor also added that he hasn't "recovered" from the break-up yet and hasn't "moved on" and that he is still single.

Talking to the portal, Karan said, “I have remained silent out of respect for the relationship and I would like to keep it that way. At this point, I am also thinking about two families. I, too, can turn around and say a lot of things, but that's not me. What she shared was her perspective. Sometimes, I start laughing when I hear things. I don't know what can make someone so hateful towards another person. We shared a beautiful relationship for three-and-a-half years. I have learnt a lot from Anusha, and I have a lot of respect for her and her family. How is it that these allegations are being leveled against me when there is a development on my professional front? Why hasn't any other person, who I have been in a relationship with, ever accused me of something as serious as this?" 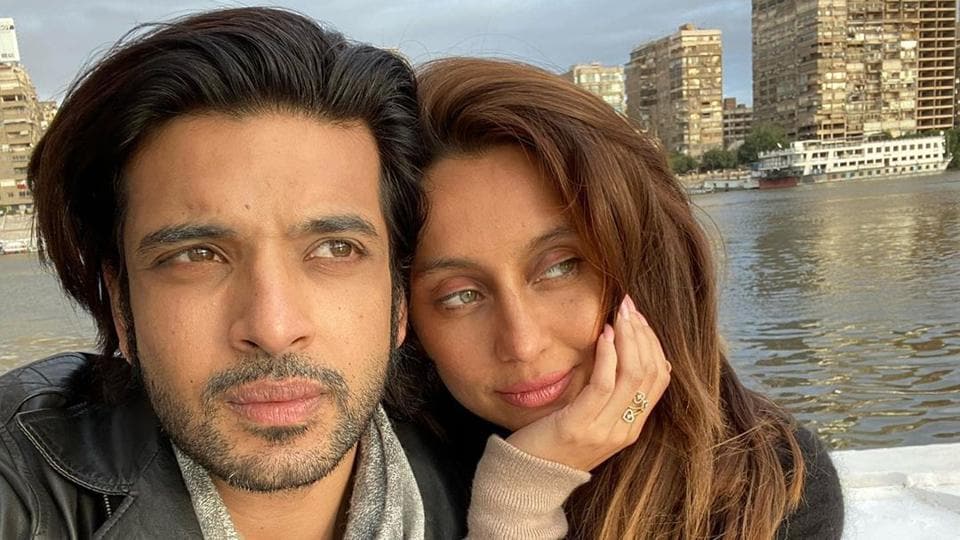 RECOMMENDED READ: TV actor Jason Shah confirms his relationship with Anusha Dandekar, says 'life has been beautiful with her'

He further spoke about his relationship status and said, “I am single. I don't think I have recovered yet. My family, childhood best friends and friends in the city have tried their best to set me up with someone, but it's hard to get into a relationship at the moment. Had it been 10 years ago, I would have immediately entered another relationship, but you mature with time. I am glad that I am back to being close to my family.” He said that they broke up “over a year ago” but they were “madly in love” and hence “tried hard to work it out.” He said, “But unfortunately, in vain. But, what matters is how you deal with problems. I am a non-confrontational person, and I don't believe in belittling people or attacking their confidence. I prefer looking at the positive side of life and want to focus on my work."

Talking about the cheating allegations leveled against him by Anusha, Karan said, “If I didn't matter to her, she wouldn't have done it. Anger is also an expression of love. When I see my reputation getting tarnished, and feel like presenting my side of the story, I realise that gusse mein bhi kahin na kahin pyaar hi hoga. I hope that one day when all of this anger is over, and we are not hurting anymore, we will talk about it. Just because I haven't said anything, doesn't mean that I am not affected. She may have moved on, but I have not."

Ravi Dubey tests positive for COVID-19, isolates himself at home