‘Dream come true,’ says Gauahar Khan as she shares her love story with husband Zaid Darbar in a wedding video

Gauahar Khan and Zaid Darbar tied the knot on December 25, 2020 in a gala wedding ceremony. Now, the actress took to Instagram to share a glimpse of her wedding film with her fans and it’s nothing short of a fairy tale. In the clip they talk about how they fell in love. Gauahar said that the video is special for her as it features her late father Zafar Ahmed Khan, who died last week.

Sharing the video, Gauahar captioned it, “To Love, @zaid_darbar watch our wedding movie on my YouTube page ! Now . Link in bio ! My pAppa Thank you: @theweddingstory_official for making this a dream captured to perfection!” The video gives a sneak peek into all of the wedding functions from Haldi, Mehendi, Sangeet to her Nikaah. In the video, Gauahar looks resplendent in her wedding outfits while Zaid looks dashing.

The video begins with Gauahar saying that she went to the supermarket on July 7 with her domestic help which is where she first met Zaid. Apparently, Zaid tried hard to get her attention but she did not pay much heed to him. He says, “Bahut try kiya attention paane ke liye. Bohot koshish kiya (I tried a lot to get her attention). No attention.”

After three days, on July 10, Zaid slid into Gauahar’s DMs on Instagram saying he wanted to tell her ‘something important’. When she asked what, he replied, “I think you are very beautiful. It was important to tell you.” He insisted on meeting her, even if for five minutes, and they met briefly at the ATM. Gauahar said, “That’s how it happened. We became friends for the shortest period that anyone could be friends for.” 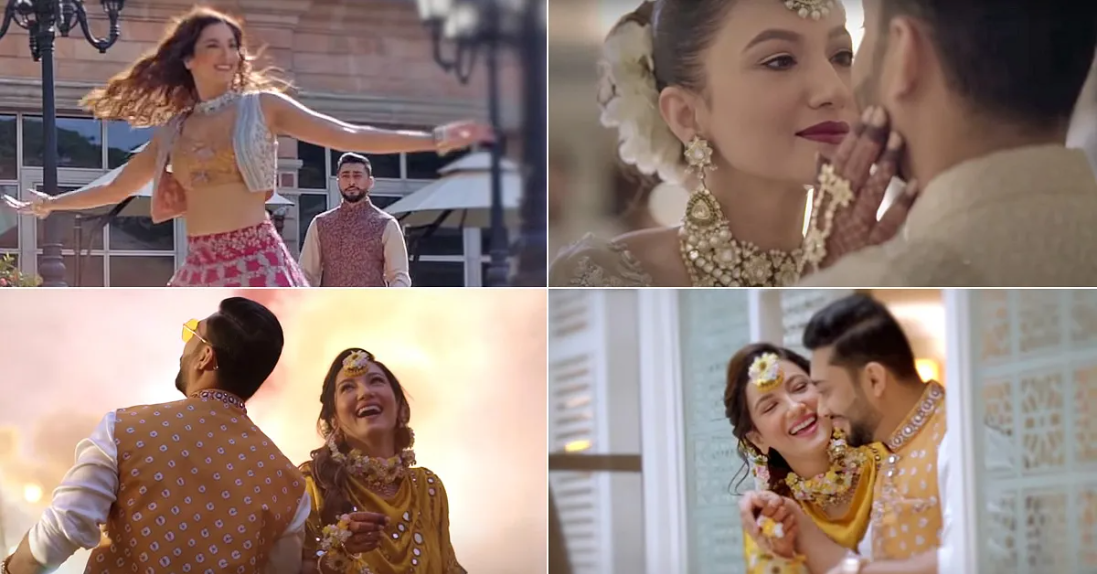 Zaid said that though he has known Gauahar only for a few months, it feels like years. He said, “I feel like I have my person. I always wanted someone whom I could call my person, my human. Someone whom I can share everything with and talk about everything in life. Someone I can fall back on. And for the first time in my life, I could tell someone, ‘You are like me, there are so many parts about you that are like me.”

In the description of the video on YouTube, Gauahar wrote, “My dream come true . Most beautifully captured by theweddingstory . This video has become even more special coz it has my Pappa in it . Alhamdulillah. I’m sure he will smile from above watching it and it makes me smile to know he was a part of my biggest day ! Sharing my most special part of my life with my #crazylot . #spreadlove.”