Tony Kakkar’s new song featuring Bigg Boss 14 hit Jodi, Aly Goni, and Jasmin Bhasin titled Tera Suit was finally released on Monday and fans could not keep calm. In the song, Jasmin and Aly splash their style statements with quirky colours. The music video is a treat for Jasmin and Aly’s fans and they even trended the hashtag #TeraSuit.

Soon after the release Bigg Boss 14 winner Rubina Dilaik also gave a big shoutout to Tony and Aly for their music video release. However, in the post, Jasmin was missing which made her fans furious and slammed Rubina Dilaik for missing out on Jasmin from her post. One fan tweeted, "itni jealousy", while the other wrote, "she can never be happy for Jasmin". 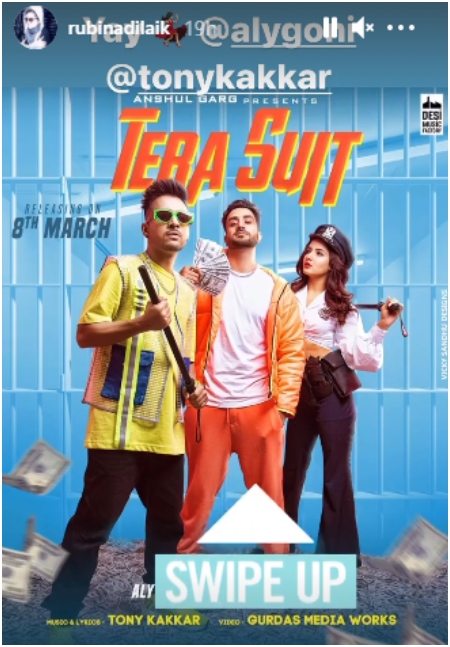 For the uninitiated, Rubina and Jasmin started out as close friends on Bigg Boss 14, but their relationship soured on the show. Rubina later developed a bond with Aly, who is in a relationship with Jasmin.

After Bigg Boss 14, Aly was asked during a media interaction if he would be caught between Rubina and Jasmin, he replied, “Mere rishte mere hai, uske rishte uske hai. Main humesha se aisa hi raha hoon. Agar aisa hota toh... Rahul Vaidya mere bohot kareeb hai, aur mere aur Rubina mein rishta badhta hi nahi (My relationships are mine, Jasmin’s relationships are hers. By this logic, I would never have been friendly with Rubina as Rahul is very close to me),” he replied.