Advertisement
HomeTELEVISION NEWSTELLY BUZZHe is the best human being I have ever come across: Gauahar Khan on her wedding rumours with Zaid Darbar

The first thing Gauahar Khan did after coming out of the Bigg Boss 14 house was to deny reports suggesting she might get married to rumoured boyfriend Zaid Darbar in November. Zaid is Bollywood composer Ismail Darbar's son, and a choreographer and social media influencer. Rumours have been rife ever since Gauahar posted a series of photos and videos on Instagram going by which it would seem the two share a close bond. Now, the two have reunited after the Gauahar's Bigg Boss 14 stint.

Now, the actress has spoken about the rumour again and refuted it. Calling Zaid an 'amazing human being', Gauahar said, "No, I am not getting married on November 22. It is not true. What is special about Zaid? Zaid is just the most amazing human being. He is the best human being I have ever come across. As of now, that is all I can say. I haven’t met anyone like him before. That is all I can say. Everything else is just a rumour. I am not going to comment on that." 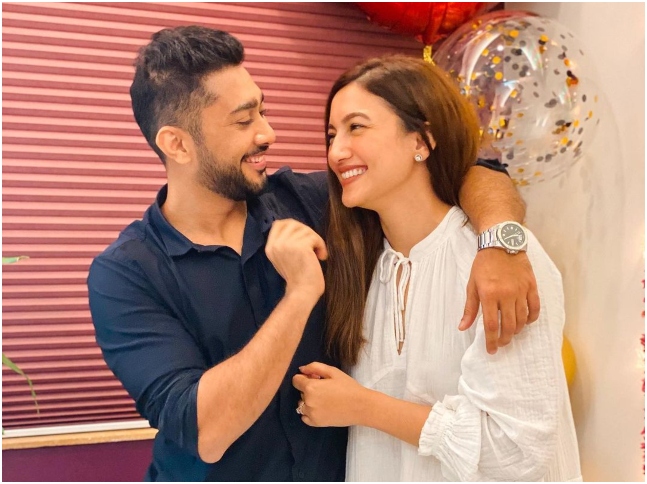 Among videos that sparked acted as catalyst to the rumours is one uploaded by Gauahar where the two can be seen sharing steps on Neha Kakkar and Parmish Verma's song Diamond da challa. At the end of the clip, Zaid goes on his knees and slips a ring on Gauahar's finger, making fans wondered if it is a real proposal.

Gauahar recently rang in Zaid's birthday and also dedicated a heartfelt post to him on Instagram. The duo is currently in Goa for their first vacation together.