Advertisement
HomeTELEVISION NEWSTELLY BUZZTV actors are looked at as mazdoors: Hina Khan on why film stars 'look down upon' television celebs

TV actors are looked at as mazdoors: Hina Khan on why film stars 'look down upon' television celebs

Hina Khan, who became a household name by playing the role of Akshara Singhania in TV serial Yeh Rishta Kya Kehelata Hai, made her own space in the telly as well as the film industry with her dedication and hard work. Hina, who was considered as the 'sanskari bahu' for 8 long years, broke the image as soon as she entered Bigg Boss 11 in 2017. Even though the actress did not bag the winner's trophy, she sure impressed several people with her stint. She then made her Bollywood debut with Hacked in 2019 February. However, time and again, Hina has spoken about the discrimination between tv and film actors.

Speaking to an Entertainment media website, Hina elaborated on the topic and said, “Yes, TV is always looked down upon. It’s sad because these are the same people who literally use us and our platform to promote their own projects. TV has the maximum reach. It shows how there’s a lot of classism and class divide that exists between the two industries. TV actors are looked at as mazdoors, they work their *** off, do double shifts every day almost. They always tell us that we act over the top. But that’s the demand of our audience. Give us a chance and let us prove ourselves. We can do the subtle acting, too.” 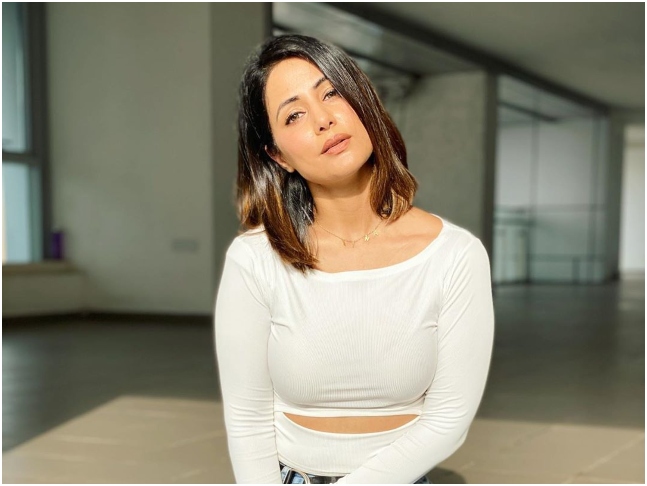 Recommended Read: Bold, brutally honest and strong headed! Why birthday star Hina Khan is not just any other 'TV actress'

The actress talked about Priyanka Chopra Jonas, whom she met at Cannes last year. She said, “She is someone who I always look up to. She treated me so well and it didn’t end there. She is still in touch with me,” said Hina on Priyanka. She had attended Chopard party hosted by Priyanka and Nick Jonas at Cannes along with Huma Qureshi and Diana Penty.

Elaborating further, Hina added how many fashion designers did not want to design clothes for her. “A lot of Indian designers didn’t want to give me clothes and that was the sad reality. I had to opt for designers abroad and they love me. They are always messaging me and appreciating me. They don’t do these discriminations.”