It is already Thursday and BARC has issued the TRP list for this week's top 5 television shows. Week 39 of 2020 didn't see any major change in the first two slots but the real game of numbers was to be seen in the third, fourth and fifth positions. Shraddha Arya's and Dheeraj Dhoopar's Kundali Bhagya is holding its first slot firmly while Rupali Ganguly's, Sudhanshu Pandey's and Madalsa Sharma's Anupamaa remains to be a constant favourite.

Kundali Bhagya, this week, garnered 7613 impressions. Though it is slightly less than the previous week, but the figures were sufficient enough to be the most-watched show. Anupamaa garnered 6791 impressions and the show saw a minor increase in the viewership. Last week, the show had 6133 impressions. Taarak Mehta Ka Ooltah Chashmah remained absent from the top five list last week, but made a quick comeback this time. The Sab TV sitcom garnered 5847 impressions. 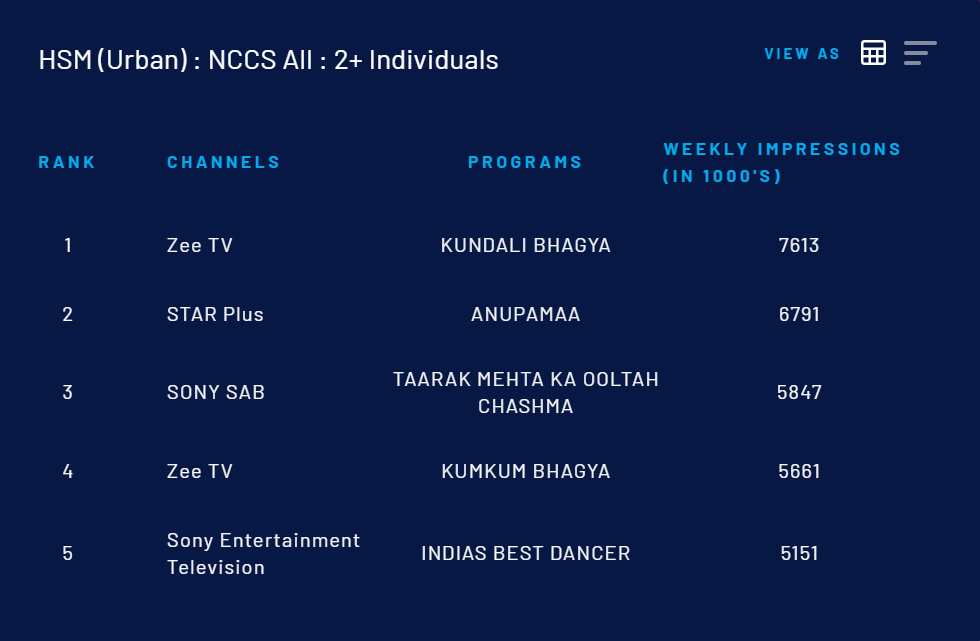 Kumkum Bhagya, which was at the third position last week, came down to the fourth. The Sriti Jha's and Shabbir Ahluwalia's show got 5661. India's Best Dancer returned as the fifth most-watched show on television. The dance reality show garnered 5151 impressions.

Despite much hype and excitement among fans, Amitabh Bachchan's Kaun Banega Crorepati 12 failed to make a mark. It remains exciting to see whether Salman Khan's Bigg Boss 14 will bring in a change next week or not.

There is no goodbye here papa, a part of you will always live on in me