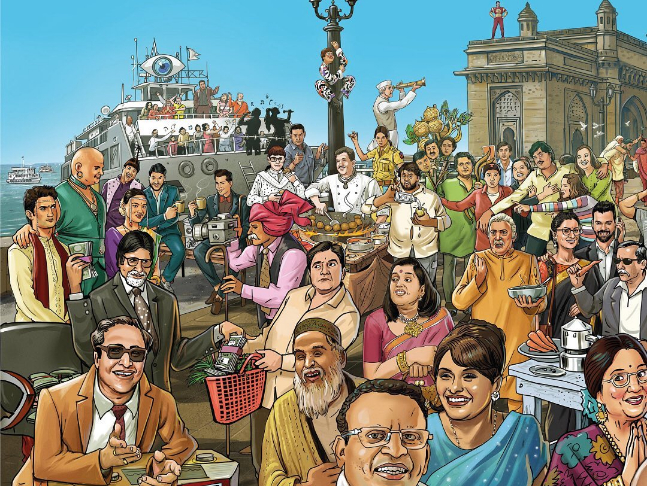 Indian television might not hold the same amount of fan following today as it enjoyed in the 90s. However, we all agree that the TV shows made in the 80s and 90s were far more progressive and iconic and has stood the test of time, proof of which we received when several old shows were re-run during the coronavirus induced lockdown to mass viewing.

An artwork made by Kyoorius and BBDO is going viral today which depicts 58 iconic TV shows that ran on Doordarshan and other Hindi GECs. It is in continuation to their campaign launched at ZeeMelt 2019, where they showcased iconic advertisements of popular brands. In this brilliantly made piece of art, you can see a total of 58 iconic characters from Doordarshan and Hindi GECs (General Entertainment Channels). The creative not only takes into account old Hindi shows but some of the popular ones that are currently running as well.

Talking about the painting, Punit Goenka, MD & CEO, Zee Entertainment Enterprises Ltd, said, “I thoroughly enjoyed this brilliant piece of art and loved the process of identifying my favourite characters from the world of television. There is a beautiful relationship which gets created between a viewer and the character, and this painting celebrates this bond and the power of the entertainment platform. I congratulate the teams from Kyoorius and BBDO, who have created this masterpiece. I wish them all the best and look forward to a yet another successful edition of ZeeMELT.”