Television actress Shilpa Shinde, in a recent interview, claimed that the producers of the show Gangs Of Filmistan were flouting the guidelines while shooting. She further alleged that they lied to her saying Sunil Grover won't be a part of the show. The actress went on to say that she is quitting GOF as she isn't comfortable working with Sunil, who according to Shilpa never allows other artists to perform and 'takes over the act'. Reacting to Shilpa's claims, one of the producers of Gangs Of Filmistan- Preeti Simoes told a leading daily that the team is ensuring all guidelines are in place and the audit team is keeping a close check on the same.

Talking about Shilpa's claim that she wasn't informed about Sunil joining Gangs Of Filmistan, Preeti said,  "When we were casting Shilpa Shinde was the first name who was finalized for the show Sunil was brought on board very later. Siddharth and Shilpa were the first to people who we spoke to for the show. And any creative process is a process by the time the show got developed into what it is today, there was a need to cast someone of Sunil's stature and experience to be a part of the show. So when the show went on the floor when we were shooting the promo Shilpa knew about it. In fact during the shooting of the promo she had few reservations and we spoke about it very nicely. I told her creatively how we are going to you doing this show and shooting. She was very much ok about it and she was very happy. She dealt with the rest of the cast very well in fact I really mean it from the bottom of my heart she really gets along well with Sunil also. They are very cordial with each other. We do many spoofs of Bollywood films in the show and every scoof has a male lead and a female lead so Shilpa usually ends up playing the female lead and Sunil the male lead. Their chemistry with each other is so good. We mail scripts two days in advance so if there was any apprehension she could have brought it up. She never did that. she never told me that she doesn't want to perform with Sunil Grover or her lines were less as compared to other actors." 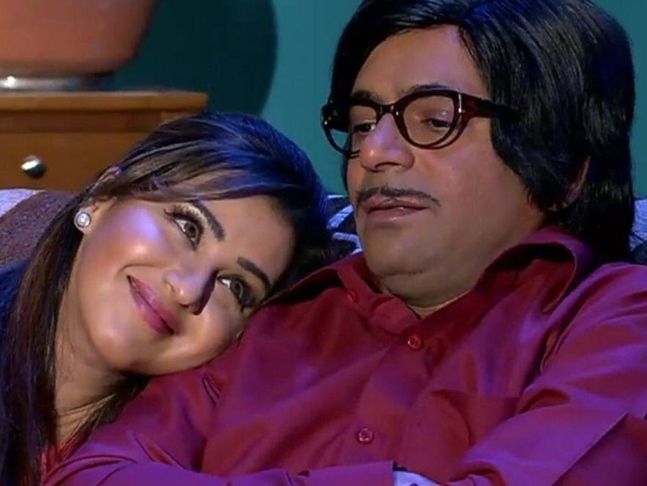 Recommended Read: The Kapil Sharma Show gives everyone a chance to perform, here Sunil Grover takes over the entire act: Shilpa Shinde on plans to quit 'Gangs Of Filmistan'

Stating that Sunil isn't being favoured, Preeti added, "Inherently, Shilpa is an actor and the other person is a stand-up comic actor. So a lot of improvisions happen then and there which is not in our control and ultimately it is for the betterment of the show. So, sometimes lines are very good, sometimes they are not but at the end of the day everyone improvises on stage. Ultimately, that is the process of how comedy shows work. It is a live stage set up and not a normal daily soap that you will follow line to line. I would say as the rest of the cast are professionals, who are doing it for so many years, she might find it difficult but she has been so good that this actually never came across that she was uncomfortable with the role she was given or with any line. I think her reaction for not being seen on the show has come a little premature as she has not seen the show. She doesn't know how the entire episode has been fleshed out, how she is looking in the show. Her fans will be very happy to see her because obviously we would also like to do justice with the actor of her calibre. Why would I pay to get a Shilpa Shinde when I won't show her in the episode. She is an A list actress of television, so why would I get her name and not utilise her. As far as giving favourtism to Sunil Grover is concerned, that's not at all true because only the first promo was Sunil but after that all actors who have been in combination with other actors have their individual promo. Everyone is pretty much equal on the show, I think the anxiety that she has that she will not be seen on the show, will fade away."

On the other hand, as Preeti put forth her take on the controversy, Shilpa, in a video, can be heard saying she was being used as a prop on Gangs Of Filmistan. In the video that has gone viral on social media, Shilpa is seen lashing out at the makers. She further mentioned that her acts are overshadowed by Sunil and the production house is just using her name for popularity.