Pooja Banerjee, who is currently leaving fans impressed with her performance as Nivedita in Balaji Telefilms' Kasautii Zindagii Kay 2, has replaced Naina Singh in the production house's other show Kumkum Bhagya. Naina who played the role of Rhea Mehra in the show, called it quits after her character took a negative turn. Stepping into her shoes, Pooja started shooting for Kumkum Bhagya. Talking about the same, the actress told a leading daily that considering the current situation, she was skeptical to sign another show. However, Kasautii Zindagii Kay 2's and Kumkum Bhagya's sets are adjacent to each other and will reduce her travel time. She will continue using the same makeup room for both the shows. 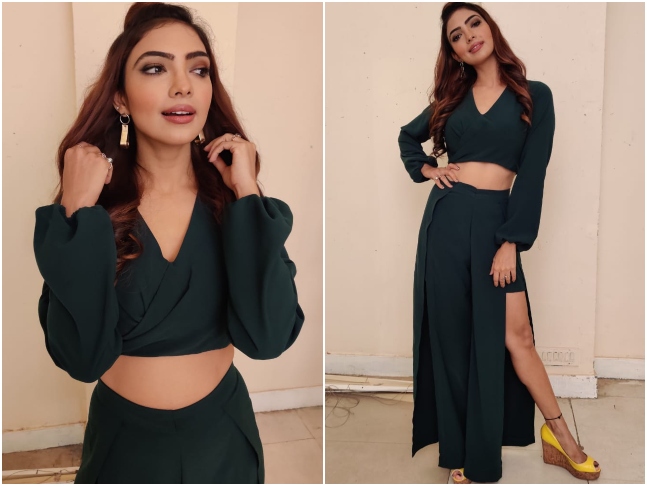 Pooja has returned to the sets of Kasautii Zindagii Kay 2 days after the lead actor Parth Samthaan was tested positive. Unfortunately, as she started shooting for Kumkum Bhagya, the show's set caught fire. Fortunately, she escaped without any scar. Shaken with the unlikely incidents happening around her, Pooja took a day off and is back to shoot for KZK2.

Her publicist, in a statement, told, "Pooja was shooting on Kumkum Bhagya set when the fire broke out. The incident was horrific and she was very shaken but all is well. The entire team and she managed to get out of it without a scar. Pooja took the day off to recuperate mentally and is back to shoot for Kasautii Zindagii Kay 2 today and we applaud her on the tremendous strength of mind she has shown."