TV actor Manas Shah is going through a rough phase financially and has had to sell off his car because he hasn't been paid for his last show Hamari Bahu Silk.

"This is the first time that I'm facing such a challenging situation. I'm facing a big financial crisis. I had to sell my car for survival. I also had to leave my rented house and shift with my cousin in Lokhandwala," he said. Talking about the non-payment of dues, he added, "I started shooting on May 2, 2019, and the last shoot was on November 5, 2019. We all have been paid only for May 2019, which was officially due in September 2019 but we received it in October 2019. After that nobody has received a single penny."

The actor, who has worked in shows like Hamari Devrani and Sankatmochan Mahabali Hanuman feels that nothing can be worse than this situation. "I have my parents to look after in my hometown Ahmedabad. My dad is retired after serving in a bank for years," said Manas. With shooting of shows being put on hold due to the ongoing pandemic, his problems have even worsened. "It's a very bad situation, not only for me but also for all the people who are working in this entertainment industry, because till now we haven't received payment of the past, in the present there is no work and the future is unknown," the actor stated.

Recommended Read:  'Shameful that the blame has shifted onto me, I am a victim too,' says 'Hamari Bahu Silk' producer Jyoti Gupta on non-payment of dues 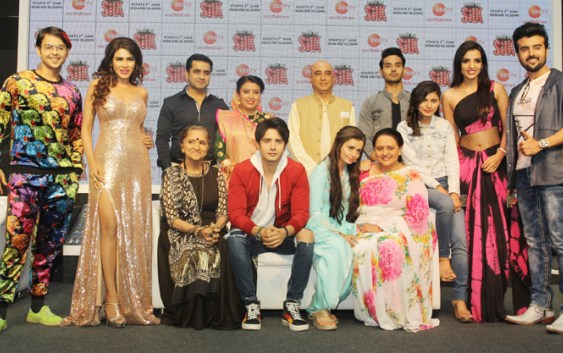 A fortnight back, Hamari Bahu Silk's Producers Jyoti Gupta, Devyani Rale, and Sudhanshu Tripathi were in the news over non-payments of dues of their cast and crew of their show. To that, only Jyoti Gupta released a statement in the media last week stating that even he is a victim. Blaming the company Klay for the troubles (Sudhanshu Tripathi and partners), Gupta wrote that the show was called off in October 2019, and the reason given was that the channel Zee was ‘not happy with Klay’s handling of the Show creatively and all other fronts.

Apart from the show's lead actors, Bollywood actress Kriti Sanon also urged Cine & TV Artistes’ Association (CINTAA) to intervene and help daily wage workers get their dues on TV shows while sharing a video of a technician who worked in Humari Bahu Silk.