False allegations, the lady in question is trying to defame him: Shehnaaz Gill's brother Shehbaz on father Santokh Singh Sukh being booked for rape

Bigg Boss 13 contestant Shehnaaz Gill's father Santokh Singh Sukh was booked for an alleged rape case this morning and the news came as a shock. It is being said that a case was registered against Santokh at Beas Police station after a 40-year-old woman accused him of raping her at gunpoint on May 14. Now, Shehnaaz's brother Shehbaz has confirmed the news but also defended his father by saying that the lady is putting false allegations to defame his father.

We an entertainment portal contacted Shehbaz to know more details, he denied all allegations put by the lady on his father. He said, "Yes, there has been a case registered with the Punjab police but these are completely false allegations. The lady in question is trying to defame my father. We are surely disturbed at the moment but we also know nothing is going to happen as we have enough proofs that the lady is lying. The mentioned place where the incident according to her happened is under CCTV survillience and we have arranged for recording of it."

When asked who is the lady and why she wants to defame her father, Shehbaz replied, "I really don't know her as Shehnaaz and I have shifted to Mumbai from quite sometime now. But all what we know is my father is not wrong and justice will be served to him soon." 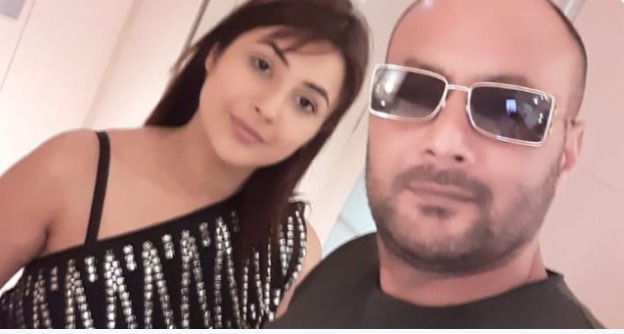 Recommended Read: Shehnaaz Kaur Gill's father Santokh Singh Sukh reportedly on the run after a 40-year-old woman accuses him of rape at gunpoint

When asked if they are planning to go to Punjab to be with their family in this hard time, he replied, "For now, we are very much in Mumbai and don't have any such plans. I am busy with calls since morning and I would like media to cooperate with us."