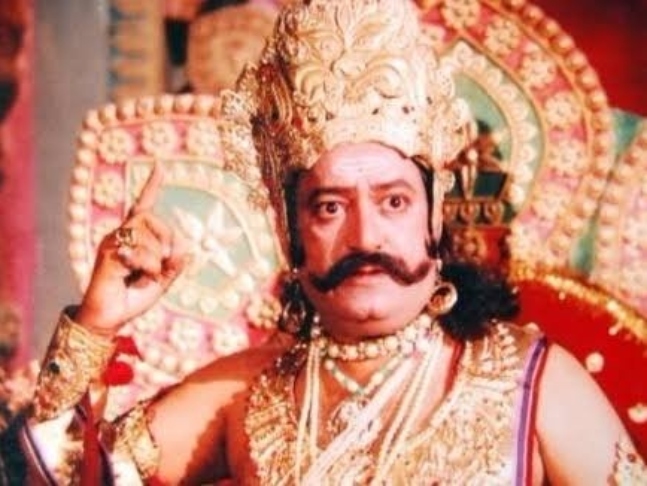 Gujarati veteran actor Arvind Trivedi became a household name all over India playing Raavan in Ramanand Sagar's mythological serial of the eighties, Ramayana, which has been revived on Doordarshan in the wake of the nationwide lockdown. Now, over three decades later, Trivedi is 81 and largely restricted to staying at home. A Hindi website reports how watching the show is giving Trivedi immense joy all over again, and letting him re-live sheer nostalgia.

RECOMMENDED READ: After 'Ramayana' and 'Mahabharat', Shah Rukh Khan's 'Circus' to be re-telecast on Doordarshan from tonight

Ramayan, whic originally ran on Doordarshan every Sunday, from January 25, 1987 to July 31, 1988 is currently one of several popular shows of the past that Doordarshan has revived in an effort to keep people occupies during the days of lockdown. The show airs every day at 9am and 9pm.

BR Chopra's Mahabharat, the Shah Rukh Khan-starrer Circus, and Byomkesh Bakshi that has Rajit Kapoor playing the titular detective are other popular shows that are currently being re-telecast.