Husn Ke Hazar Rang: Shaheer Sheikh dresses as a woman, gets hilarious replies from Ekta Kapoor and others

Shaheer Sheikh, who is currently essaying the role of Abir in Yeh Rishtey Hain Pyaar Ke recently posted a boomerang video wherein he can be seen dressed as a woman along with a dupatta wrapped around his head. Not only from his fans but the actor got hilarious replies from Ekta Kapoor, Pooja Banerjee and Pearl V Puri too.

For this special look, Shaheer opted for a pink lipstick paired with a black kajal and eyeliner. He completed the look with a bindi on his forehead. He captioned the video as, “Husn ke hazar rang..” (sic) 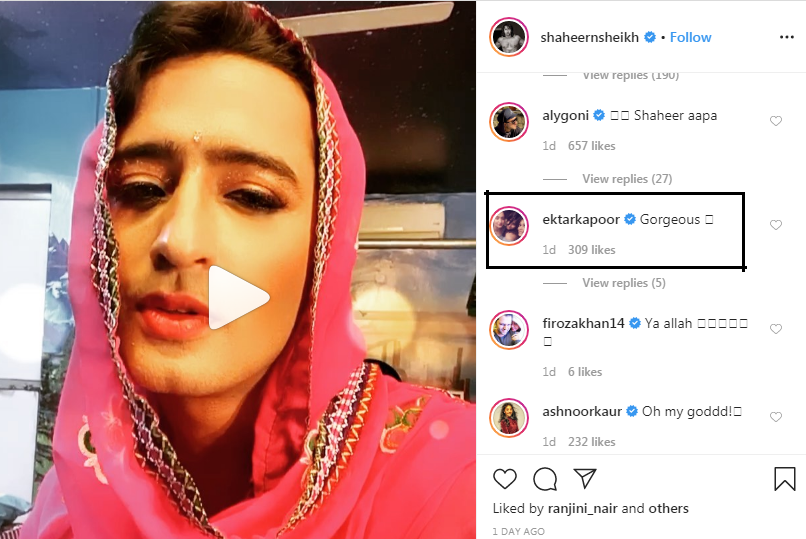 Talking about YRHPK, it is a spin-off of Yeh Rishta Kya Kehlata Hai starring Shaheer and Rhea Sharma in the lead roles. Shaheer is portraying the role of Abir Rajvansh, whereas Rhea is essaying the role of Mishti Agarwal. The show is quite popular amongst the masses. According to the current storyline, the fans are eagerly waiting to see Abir and Mishti re-unite in the show.