In the recent episode of The Kapil Sharma Show, Bollywood actor Ajay Devgn came to promote his movie Tanhaji: The Unsung Warrior with his wife Kajol. While shooting this special episode, Kapil tried to count on how Ajay is multi-talented by being a part of several departments including several acting, direction, production, voice overs, and how he even owns a few theatres.

During this conversation, Kapil asked Ajay, “Sir, we had heard the motto...sabka saath, sabka vikaas. Have you made it your own motto: apna saath, apna vikaas.” To which Ajay replied, “Mujhe ek baat bata, tere 103 episode hogae. Tune kisiko idhar aane diya?” This left everyone spilt into laughter on the set. 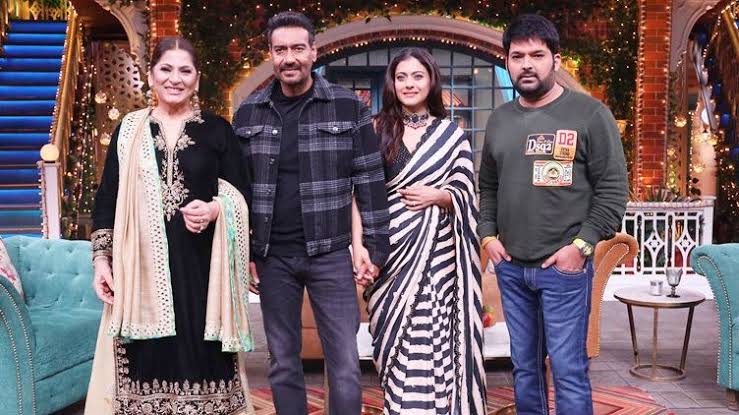 Archana Puran Singh added to this conversation by saying that Kapil takes away a majority of what they make through the show and they are paid very little. Kapil jokes “loot lo, aa jao sab”. He said that he now has a daughter to look after. He said, “ek bachi ka baap hun, ghar bhi chalana hai”, to which Ajay warned him when his daughter would see these episodes after growing up, she won't spare him and say, “mere paida hote hi mere naam se bheekh mangne lag gaye.”