Advertisement
HomeTELEVISION NEWSTELLY BUZZ‘Yeh Rishta…’ actors Mohsin Khan and Shivangi Joshi are no more together; faking a lovey-dovey relationship for this BIG reason!

‘Yeh Rishta…’ actors Mohsin Khan and Shivangi Joshi are no more together; faking a lovey-dovey relationship for this BIG reason!

Serial Yeh Rishta Kya Kehlata Hai is one of the most popular TV shows amongst the audience. The chemistry between the lead characters Kartik (played by Mohsin Khan) and Naira (played by Shivangi Joshi) has been appreciated too. Not only professionally but on personal front too, a lot has been written about this couple. Reportedly, both stars were dating each other in real life. However, the two are no more together.

If reports are to believed, the duo has recently called off their relationship and keeping their personal life aside, they are faking their love story for the show. They continue to be one of the loved couples of the television industry and are faking a lovey-dovey relationship for the sake of the show. 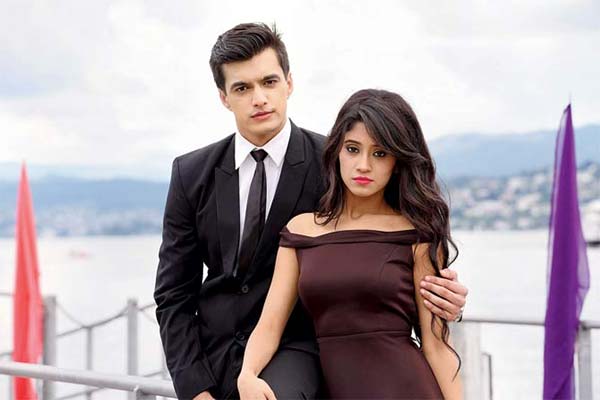 Though this couple has never made their relationship public, their fondness for each other coupled with their PDA moments on social media clearly depicted that there is something more than a friendship between the two. However, the reason for their seperation is unknown as of now.

For the unaware, YRKKH is all set to take a generation leap in February 2020. The maker of the show, Rajan Shahi recently took to his Instagram page to inform his fans that the show will witness ‘the next generation of his most loved Jodi’ post the leap. There is a possibility of Shivangi and Mohsin getting replaced post the leap; however the discussion for the same is still going on between the producer and channel.

YRKKH launched in 2009 and happens to be one of the most successful shows in the history of Indian television industry. Last time, when the show witnessed the generation leap, Hina Khan and Karan Mehra were replaced by Shivangi Joshi and Mohsin Khan.