Raman Bhalla aka Karan Patel is back to ‘Yeh Hai Mohabbatein’; more deets inside!

Small screen actor Karan Patel, who played the role of Raman Bhalla in Yeh Hai Mohabbatein is all set to return to the show. Almost four months back, the actor has exited the show to participate in Khatron Ke Khiladi. At that time, there were reports about him quitting the show. However, the actor calls it just speculation.

"I don't know why people speculated that I quit the show. I was just away from it for a while because I was busy with something else. This show will always be an integral part of my career and life," Karan said in a statement.

Recommended Read: Shweta Tiwari is going through many challenges in life, her recent post suggests

There were even reports floating that YHM, which has been airing since December 2013, will go off air in a few months. Denying this news, Karan said, "I don't think so. Though we have been playing these characters for long, people's love and admiration for us haven't dipped. It means that I am doing something right. Playing Raman Bhalla will always be a matter of pride for me. If a few think that YHM has run its course, they need to recheck their facts with those who think it should go on."

On his Instagram page, Karan announced his comeback by posting a picture of himself enjoying some good time in a pool. Karan captioned the image as “Aa raha hu mai”. Reacting on Karan’s announcement, his wife Ankita stated that she is looking forward to watching Karan and Divyanka Tripathi together in one frame on the show. 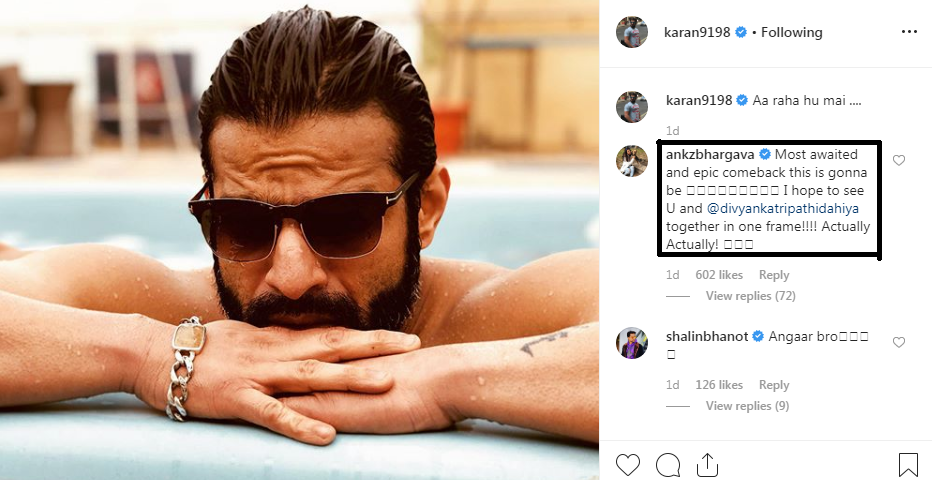