Watch: Remo D’souza promises to leave fans surprised with the latest season of 'Dance Plus', new promo out now!

Remo D’Souza is undoubtedly the best choreographer and dancer Bollywood has currently. Not just slick moves, but the choreographer turned filmmaker is known to inject flawlessness in everyone he does and we have proof. Remo, apart from films, has wowed and engaged us with the popular dance reality show Dance Plus, where he presides over the chair of a judge. And now, after four successful seasons, he is back with the fifth one. The ABCD 2 director, delighting and sending us into a zone of excitement, shared the promo of Dance Plus 5 on his Instagram account on Friday.

In the video, we can see Remo and host Raghav Juyal taking a ride of the hot-air balloon and a huge fish takes a dip in the clouds. Raghav sees the fish and asks Remo that what is a fish doing in the clouds? To which Remo replies that this is Dance Plus and everything will be extraordinary this season. He also adds that the audience will get to witness something unbelievable which will leave the fans surprised. He captioned the video as, "Jaisa socha, waisa nahi hoga! Aur jaisa kabhi na socha waisa zaroor hoga! #DancePlus5, Coming soon only on @StarPlus and Hotstar. @raghavjuyal." 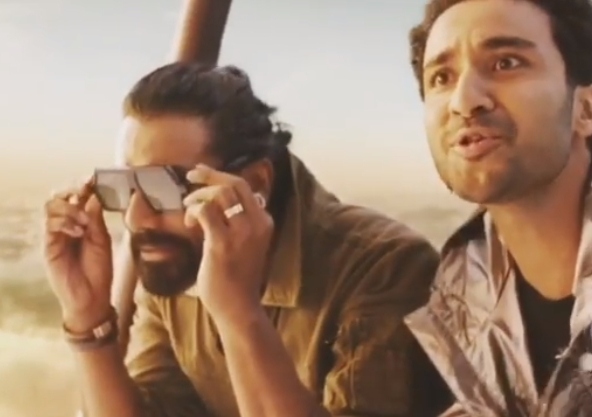 Recommended Read: Sanaya Irani hosts a special screening of her film ‘Ghost’ for Barun Sobti and other industry friends

After doing four consecutive years, choreographer-dancer Shakti Mohan will not be part of Season 5. On the other hand, Punit Pathak and Dharmesh Yelende along with host Raghav Juyal will continue to be a part of the show along with two new captains.

Take a look at the promo:

We always saw them as a married couple: ‘Love School’ contestant M