Actress Shweta Tiwari, who recently grabbed headlines for filing a domestic violence case against husband Abhinav Kohli, is currently in a happy phase and enjoying the little things of her life. The actress recently took to her social media handle to express her peaceful moment.

In the picture shared by Shweta on her Instagram page, one can see Shweta’s daughter Palak Tiwari chilling with her dog. The lady called this moment ‘peaceful’. 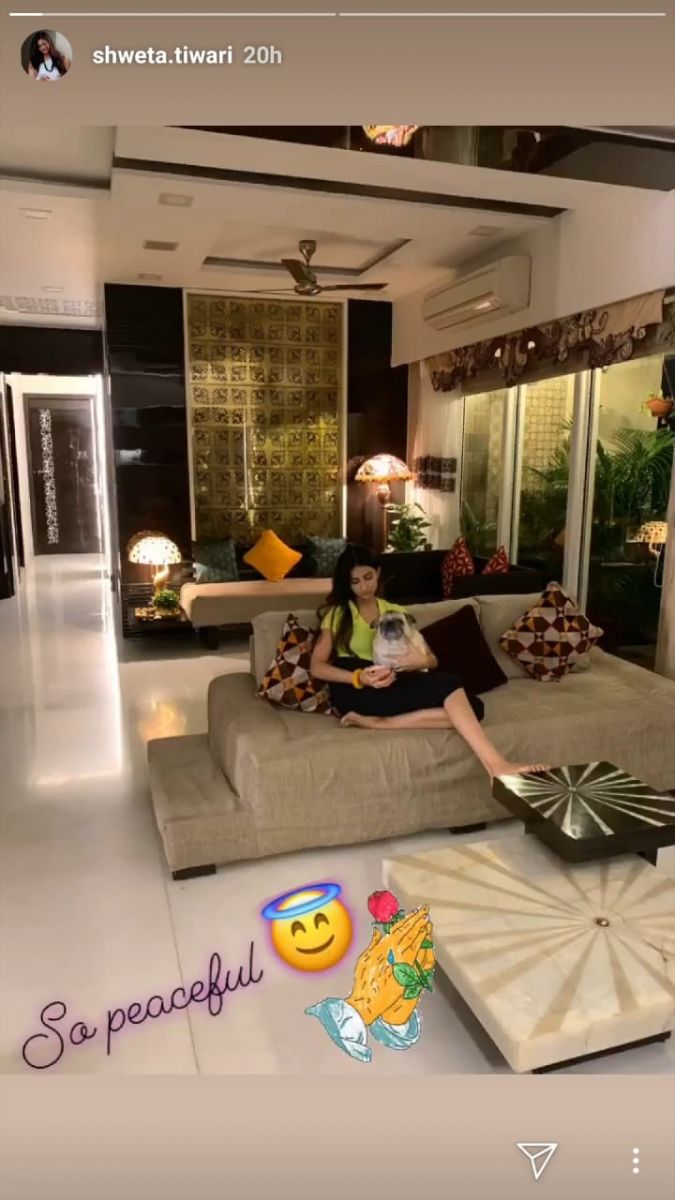 Recommended Read: Hina Khan goes blind for her upcoming Indo-Hollywood film 'The Country Of The Blind', first look out!

Last month, Shweta had filed a case against her husband at Samta Nagar Police Station in Kandivali accusing him of making obscene comments and showing vulgar photos to her daughter, and also slapping her.. Later on, Palak, in her post, wrote that Kohli had never hit her mother except for the day the complained was filed.

Firstly, i would like to thank everyone who’s reached out to express their concern and support. Secondly, i would like to address and clarify a few things out of my own rectitude: The media does not have the facts and they never will. I, Palak Tiwari, was on multiple occasions a victim of domestic abuse NOT my mother, except for the day that the complaint was filed he hadn’t hit my mother. As a reader of the news its often easy to forget that you do not know the truth of what goes on behind closed doors or how much fortitude my mother has shown in both her marriages. This is someone’s household you’re writing about, someone’s life you’re discussing. Many of you fortunately haven’t even dealt with something of such heinous proportions, and hence you have no right to comment, discuss or paint someone else’s image through your biased, misinformed views. It’s beyond disgusting and its time that i stand up for my mother for she is the strongest person i know and since out of all of us I’m the only person who’s witnessed her struggle day in and day out, my opinion is the only one that matters. Abhinav Kohli has never physically molested me, or touched me inappropriately. Before spreading something of this caliber or even believing it, its imperative you as readers know the veracity of the facts that you’re blindly divulging endlessly. However, he did persistently make inappropriate and disturbing remarks the impact of which is only known to my mother and I, and if any woman from any walk of life were to hear them she would be greatly embarrassed and provoked too. Words which would question the standing dignity of any woman, which you wouldn’t expect to hear from any man, especially not your “father”. Seeing our lives through social media, reading about us in the papers can only tell you so much about our struggles, but never enough to comment on them. Today as a proud daughter, I’m here to tell you that my mother is the most respectable individual that I’ve ever come across, the MOST self sufficient, one who’s never required or even had a man provide for her and has always taken the social standing of a “man” in both the families that we’ve been a part of.

On work front, Shweta has been part of several TV shows including Kasautii Zindagii Kay, Parvarrish, Baal Veer and Begusurai. She was last seen in a web series titled Hum Tum Aur Them.