Megastar Amitabh Bachchan is all set to return as host of the popular game show Kaun Banega Crorepati in its 11th season. Every season, Big B introduces a new fashion element. Last year, it was the brooch pins on ties, the upcoming season will see him sporting different types of tie knots.

Stylist Priya Patil has been styling Big B for over five years and now she designs for him too. "The fabric we use for Amitabh Bachchan's suits is imported from Italy. The quality has to be super fine, so every season we make sure to avail the best material," Priya said in a statement. 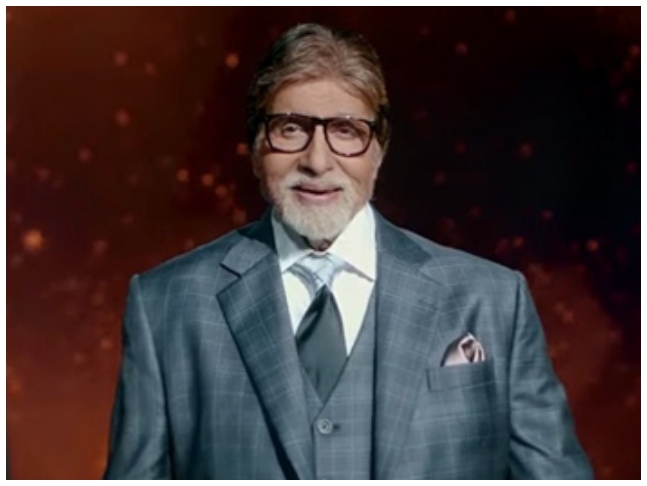 Recommended Read: ‘I have a slip disk problem from the time I worked in ‘Khiladiyon ka Khiladi’ reveals Akshay Kumar on 'The Kapil Sharma Show'

For season 11, the designer is planning to try out different types of tie knots. "Last year I experimented with the three-piece suit, which he had never worn on any season before. I also introduced the bandhgala suit for him last year. This year, he will be seen in three-piece suits but his style of wearing ties will be different as I am planning to introduce the eldridge or pratt knot," Priya said.

The cloth of his suits is imported from Italy as the Big B likes to wear those that have 120 thread counts. Priya mentioned, “The fabric has a nice fall and I look for checks and solid colours. Even the buttons are imported. We do a lot of trials and fittings.”

Reportedly, the button has been imported from countries like Italy, Japan, Turkey and Korea.