After Kapil Sharma, Archana Puran Singh and Kiku Sharda roped in for the Hindi version of ‘The Angry Birds Movie 2’

After comedian Kapil Sharma, actors Archana Puran Singh and Kiku Sharda have been roped in to voice the characters of Zeta and Leonard, respectively, in the Hindi version of The Angry Birds Movie 2. Kapil will be lending his voice to the character of Red.

"I am a huge fan of animated movies and 'Angry Birds' is one of my favourite films. I remember watching the first part and being left completely in splits, it was so funny," Archana said. "It has been a privilege to voice Zeta and be a part of such a big-ticket entertainer. I am looking forward to my family and fans hearing me in 'Angry Birds 2' and reuniting with my Kapil Sharma family," she added. 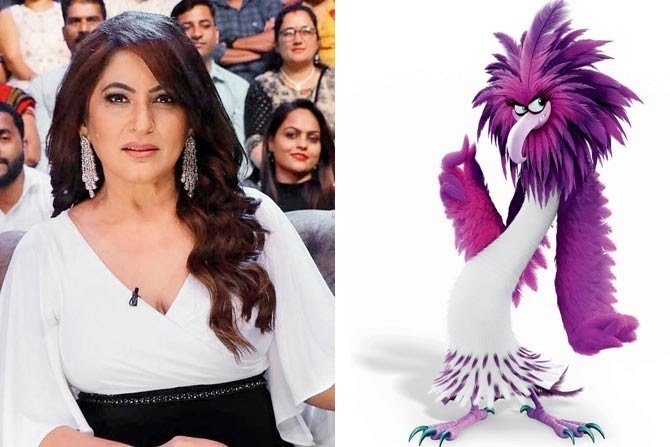 The Angry Birds, based on the popular game of the same name, brings the story of Red and his friends onto the silver screen in a hilarious manner. The 2016 film was a hit at the Indian box office. The gang will be back for more adventures and fun with the sequel. Sony Pictures Entertainment India will release The Angry Birds Movie 2 on August 23 in English, Hindi, Tamil and Telugu. Kiku isn't thinking about any comparisons that may rise up as comedian-actor Bill Hader has voiced the character of Leonard in the original version. "When you are dubbing for a film in Hindi, things change. But, before I began dubbing, I heard how Hader had lent his voice and built the character, and tried to match his energy. This character is interesting, and I tried to lend my style to it," he said.