Check out: Pictures of comedian Bharti Singh’s pre-birthday celebration from the sets of ‘Khatra Khatra Khatra’

Popular comedian Bharti Singh is all set to celebrate her 33rd birthday on July 3; but guess what the celebration has already begun. A week before the D-day, Bharti’s husband Haarsh Limbachiyaa surprised her on the sets of Khatra Khatra Khatra with a huge cake while the lady was in the middle of her shooting. The entire team celebrated the occasion with a small cake cutting ceremony.

“To be very honest, I love surprising Bharti. I try all the possible ways to make her feel special especially on her birthday. On her last birthday, I had made the tattoo of her name on my chest, this year will be special too. Unfortunately, we are shooting on her birthday but that doesn’t stop me to make her feel special. I have planned something special for the D-day which I am going to reveal it on the July 2 night,” Harsh Limbachiyaa said in a statement.

Check out the pictures below: 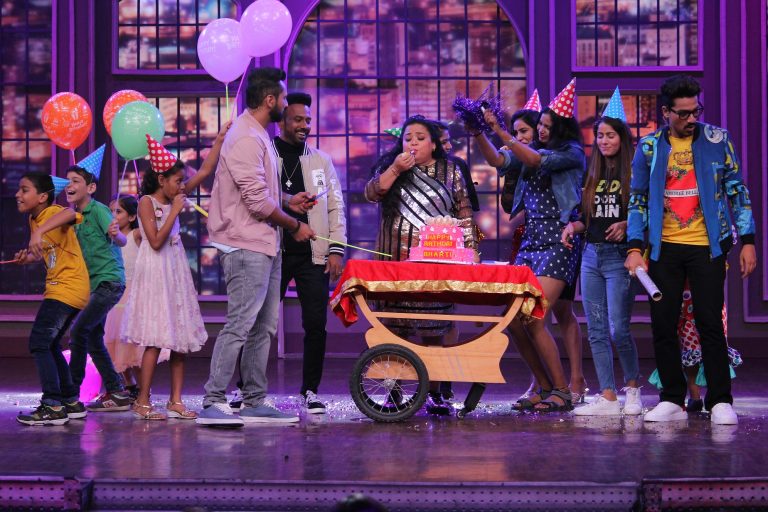 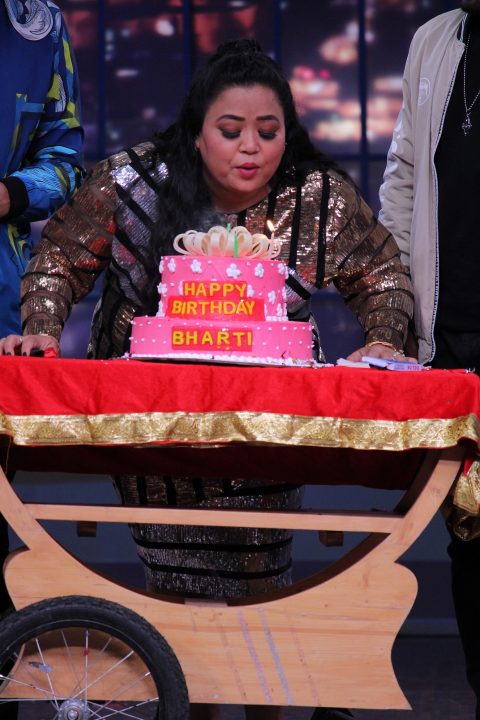 For the uninitiated, Bharti was an NCC Cadet, never planned to enter showbiz. However, her antics were noticed by college seniors and she was asked to audition for The Great Indian Laughter Challenge. And since then, there is no turning back. She has emerged as one of the most popular comedian of Indian television industry.

On personal front, the entertainer tied the knot with her long-time boyfriend Haarsh Limbachiyaa in a dream wedding last year.