Bollywood stars Madhuri Dixit and Govinda who ruled the 90’s gave Indian audience the ultimate Bollywood dance party steps to groove on. And now, the king and queen of dance will be seen in the upcoming episode of dance reality show, Dance Deewane. This time, we hear that Madhuri and Govinda will be seen recreating the famous song ‘Ek rasgulla kahin phatta re’ from the movie Izzatdar.

It is said that dance defies age and proving it right is the second edition of dance reality show, Dance Deewane which will see the two evergreen actors recollect some of the funniest moments from the shoot of this song. 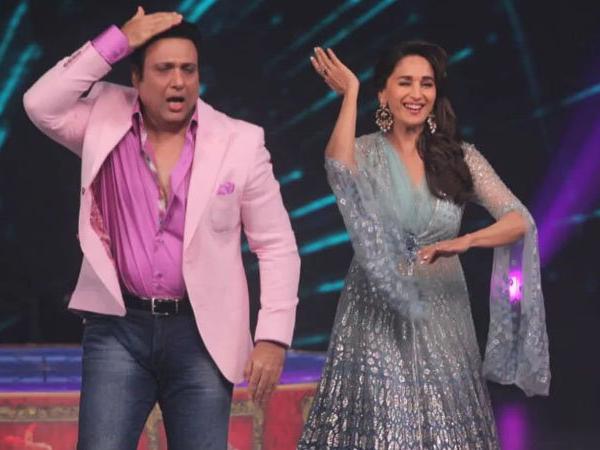 Adding more to it, the host of the show Arjun Bijlani along with Govinda will also make a fun tik tok video on his evergreen dialogue Intukle Pintukle dialogue. The Govinda special episode will see contestants from all the generations show some spectacular dance performances on all the hits songs of Govinda.

For the uninitiated, this is the second time that Govinda will be seen in the show. He came as a guest in the first season and performed with the dancing uncle Sanjeev Shrivastava.