With a multistar cast comprising Akshay Kumar, Kareena Kapoor Khan, Diljit Dosanjh and Kiara Advani, debutant director Raj Mehta's comedy drama Good Newwz has now crossed Rs 200 crore mark at the box office. The film released on December 27 and the story of the film revolves around two couples very different socio-cultural backgrounds, who meet at an in-vitro fertilisation clinic and how a comedy of errors follows. 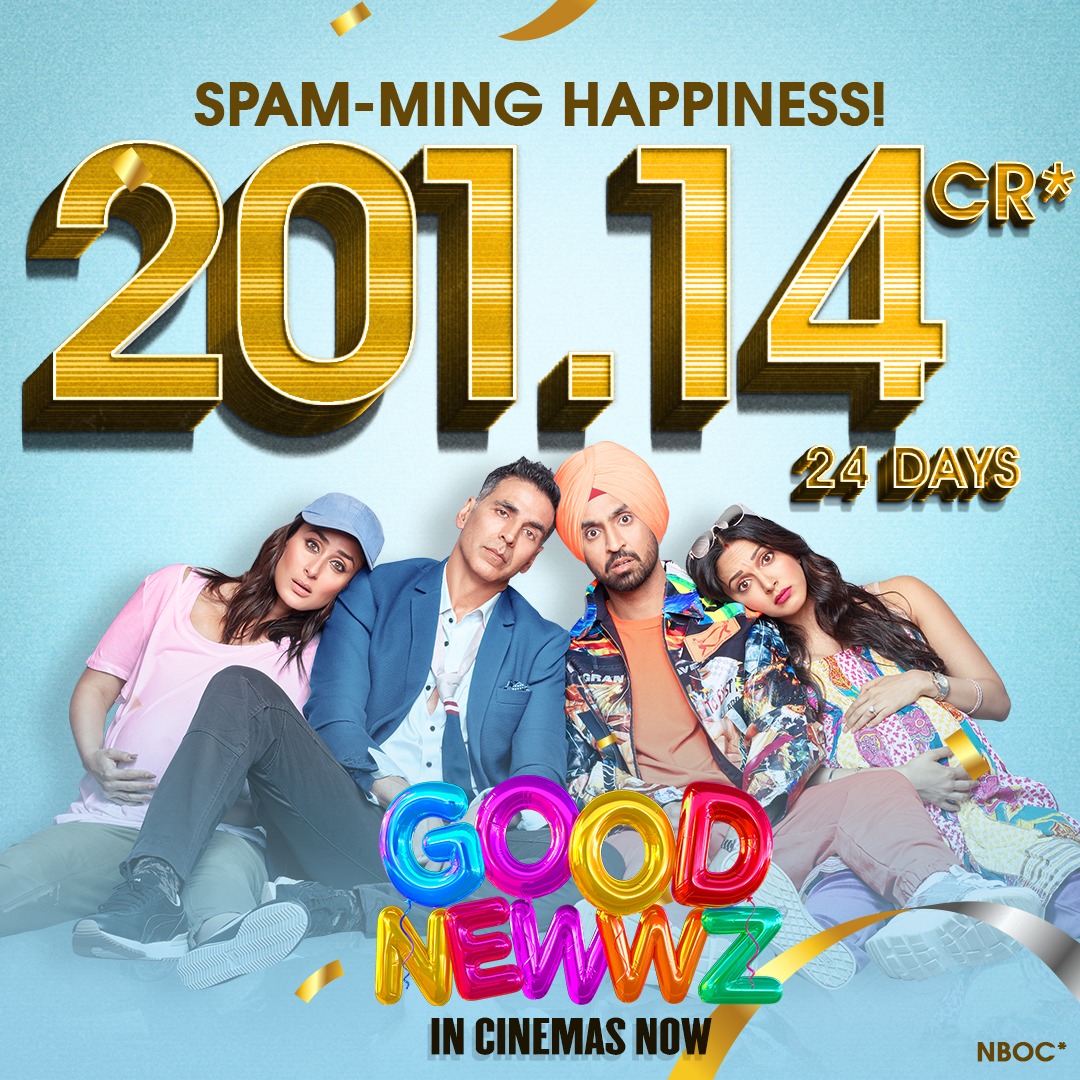 Talking about the film's success, Raj had earlier said, "The cast, the production - everything was so on point for a debutant like me, and on top of it there is the people's live. It is a lighthearted film and people are enjoying it."

The film is produced by Karan Johar.