The day for which all Bigg Boss 14 fans were waiting for, finally arrived on Sunday night and host Salman Khan hosted the finale episode. The top five contestants Rubina Dilaik, Nikki Tamboli, Rahul Vaidya, Aly Goni and Rakhi Sawant were all set for the final episode with both nervousness and excitement.

Sunday's finale episode was all about Rubina lifting the trophy and Rakhi exiting the show with Rs. 14 lakh.

Here are the top 10 highlights from the finale episode of Bigg Boss 14!

- Rakhi left the show with Rs. 14 lakh from the winning amount after Salman gave the contestants a chance to do so. Her exit gave the show its top 4 with Rubina, Aly, Rahul and Nikki still in the race.

- The second finalist to get evicted from Bigg Boss 14 was Aly Goni. Salman Khan announced his name and everyone was shocked. 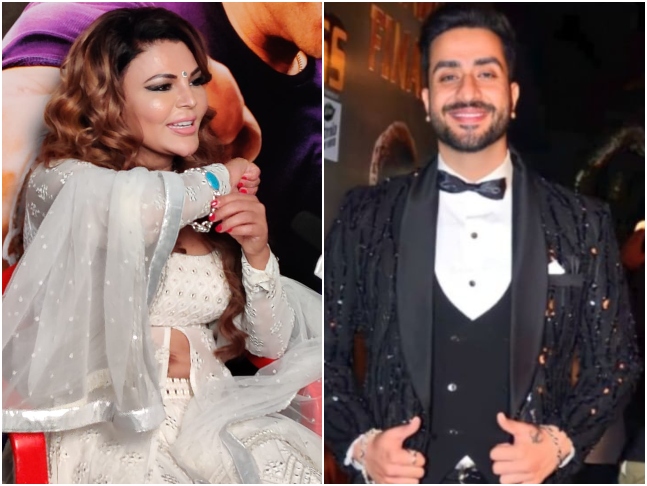 - After the eviction, Aly Goni met Salman Khan on stage and even got a gift from him. Aly said that he wished Rahul Vaidya wins the show and even praised him. He also says that Nikki doesn't deserve to win BB 14.

- Jasmin Bhasin and Aly Goni then danced romantically on the song Mere Naam Tu from the movie Zero. They were seen twinning in white and pink outfits. The couple looked very much in love.

- Aly Goni and Rahul Vaidya performed on the song Yeh Dosti from Sholay. One of the things that Bigg Boss 14 will be known for is their bromance.

- Nikki Tamboli is the next to be out of the winner's race. Rubina Dilaik and Rahul Vaidya are Top 2 finalists.

- Top 2 finalists Rahul Vaidya and Rubina Dilaik perform a dance battle on the show before entering the stage.

- Salman Khan then ended the 14th season as he announced Rubina as the winner. Rahul bags the second spot. - Talking about her victory, Rubina said, “No amount of prep-work, mental strength or advice from former contestants or winners can actually get you ready for life inside the Bigg Boss house. Not only me, but I am certain almost everyone will agree to this. This house can make you or break you and I am glad that I mustered the strength to power through it all. Winning, finally, has left me speechless, filled with so much emotion as I not only walk out of this house as a winner but also with a renewed relationship with my husband.  I would want to thank my family, friends, fans,  COLORS, Endemol and moreover Salman Khan for being my guiding light in this incredible journey.” 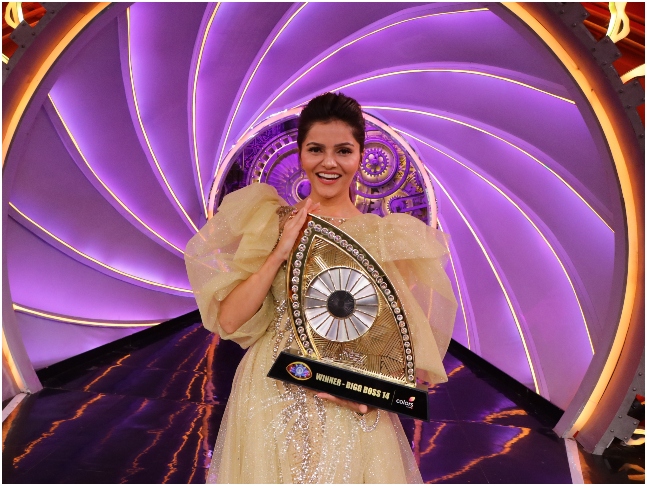