Bigg Boss 14 is inching closer to its finale. The winner of the season will be announced on February 21. Ahead of it, the contestants namely Devoleena Bhattacharjee (Eijaz Khan's proxy), Rubina Dilaik, Nikki Tamboli, Rahul Vaidya, Aly Goni and Rakhi Sawant are fighting for the trophy. On Thursday, it was confirmed that Nikki became the first finalist of the show.

Now, the hunt for the second finalist has begun. Since Devoleena and Rubina are nominated till the end of the season, they won't be getting a chance to win the ticket to finale. Aly, Rahul and Rakhi are in the game. According to Mr. Khabri, Bigg Boss gave the three a chance to make it to the finale by sacrificing Rs 14 lakhs from the prize money. However, the contestant who took this route will not get the money. 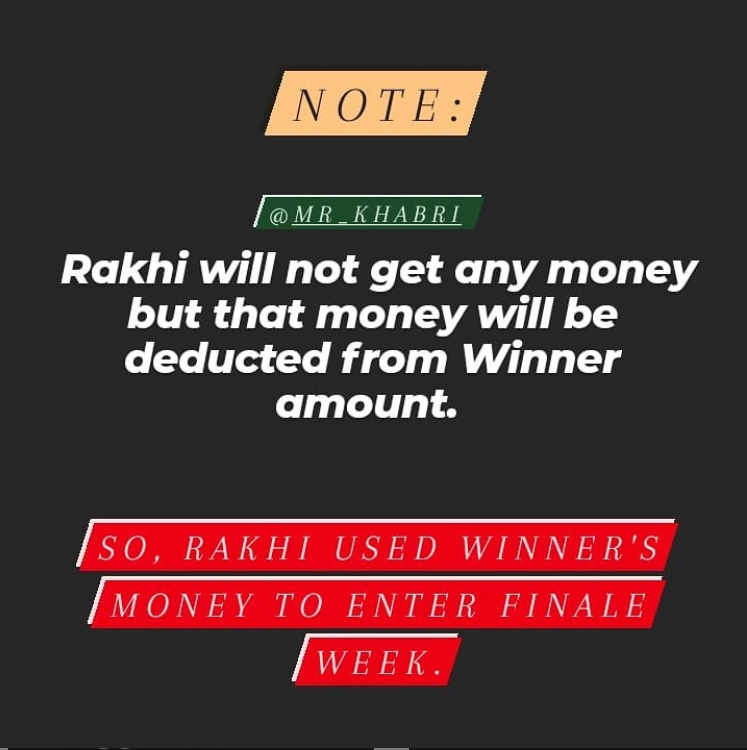 In the latest promo, Aly and Rahul got into a fight with Rakhi who wanted to enter the finale week at any cost. Reportedly, Rakhi, who has been desperate about winning the prize money for her personal use, used the amount to secure her place in the finale. Rahul and Aly felt the winner deserves the entire money and refused to participate in the task.