Advertisement
HomeTELEVISION NEWSBIGG BOSSI love her, my intention is honest, pure and pavitra: Eijaz Khan opens up about his relationship with 'Bigg Boss 14' co-contestant Pavitra Punia

I love her, my intention is honest, pure and pavitra: Eijaz Khan opens up about his relationship with 'Bigg Boss 14' co-contestant Pavitra Punia

Bigg Boss 14 contestant Eijaz Khan, who abruptly left the show recently citing prior professional commitment, has suggested he might come back for the show. He said that because of a prior commitment he was forced to exit the show but that will prove to be a let-down for his fans who have been counting on the actor to win the controversial reality show. In a recent interview with a leading daily, Eijaz also spoke about his equation with fellow contestant Pavitra Punia and said that people who called their feelings ‘fake’ are ‘fake themselves’.

During an interview with a leading daily, he spoke about Pavitra and said, “There is no better place to realise the reality of a person than the BB house. The whole sham of Pavitra being a tough girl was busted; she is quite soft-hearted. In fact, she is the most caring person I know. She has been cooking for me. My fourth call after leaving the house was to her. After I left my dad, I have spent the longest time with her since my exit to understand the unsaid. A lot of things needed to be addressed, not just about her past, but also what we think of each other. We aren’t kids, we are not in the dating game, and we have had our heartbreaks. Let me put it this way, people who think my equation with Pavitra is fake, are fake themselves.” 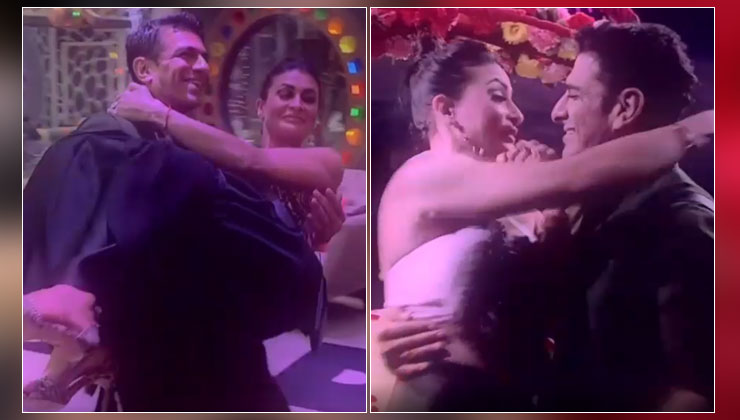 RECOMMENDED READ: Eijaz Khan gets clicked for the first time after exiting Bigg Boss 14 house for a shoot

He further said, “Every decision will be taken keeping in mind our well-being. This is only possible by developing mutual understanding, which comes with spending time together. To be honest, I was scared when I was inside the house, as one starts building castles in the air without having understood the other person. So, it’s better to play 'BB' in the real world...understanding each other or fighting with each other.”

He also revealed that he has met her brother and said, “When I met Pavi, I met her brother, too. He is sweet. I also made my brother meet her. We take each day as it comes. I love her. My intention is honest, pure and pavitra, pun intended! We will see where it goes, let us not define or label it.”