On a very special episode, which is the last Weekend Ka Vaar in 2020, Bigg Boss made sure that there was no shortage of entertainment and masti! With Sunday being the master host Salman Khan’s birthday, Bigg Boss decided to make sure that the day was celebrated with great aplomb. The very talented actresses Raveena Tandon and Jacqueline Fernandez joined Salman Khan to celebrate his birthday. Also, a part of the celebration were Shehnaaz Gill and Dharmesh Yelande who did a very cute and entertaining dance performance!

Before the celebrations could begin, Salman Khan played a fun game with the housemates. Each housemate had to step forward and smear cupcakes on the contestant who they feel were ‘Entertainment Ke Naam Pe Dhabba!’ Aly goes first and chooses to smear Nikki’s face with cake. Eijaz also feels Nikki is the dhabba! While Nikki feels that Arshi is the dhabba, Shehnaz Gill says that she thinks Arshi is very interesting. Sonali, Rubina, Arshi, Abhinav and Rahul Mahajan think that Mastermind Vikas Gupta is the least entertaining as Vikas gets a whole lot of cupcakes smeared on his face! 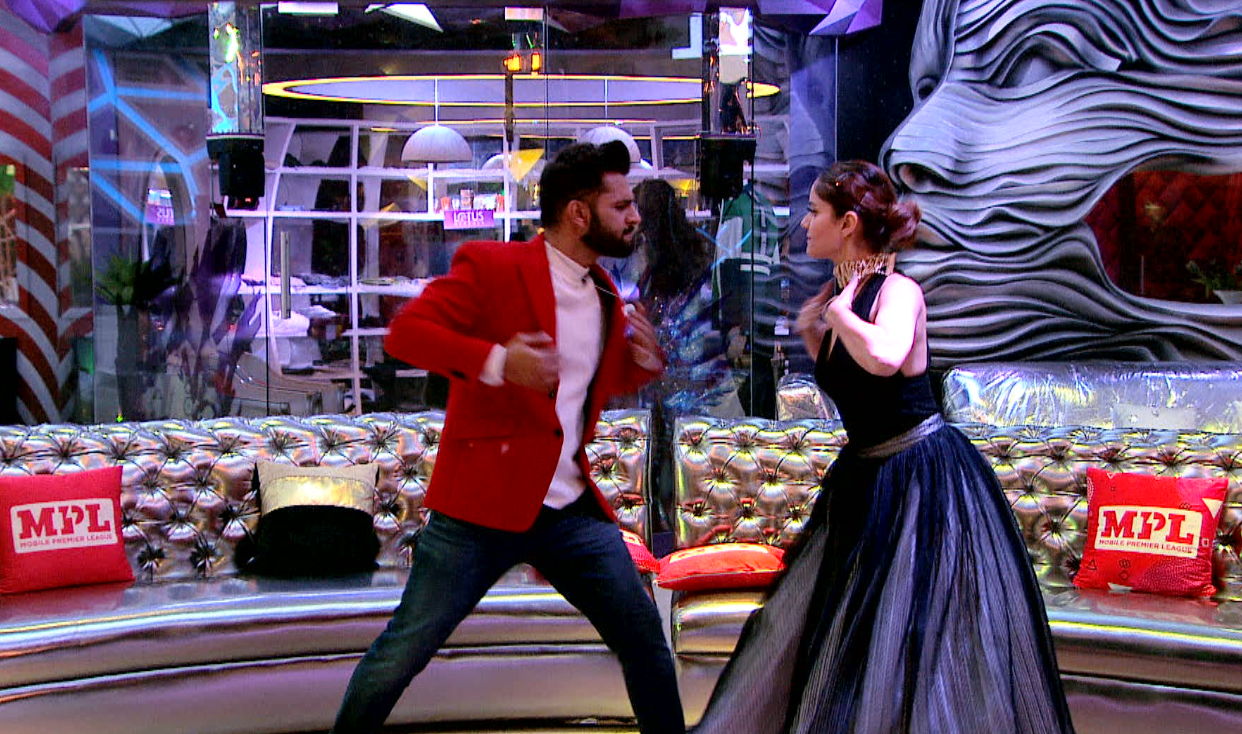 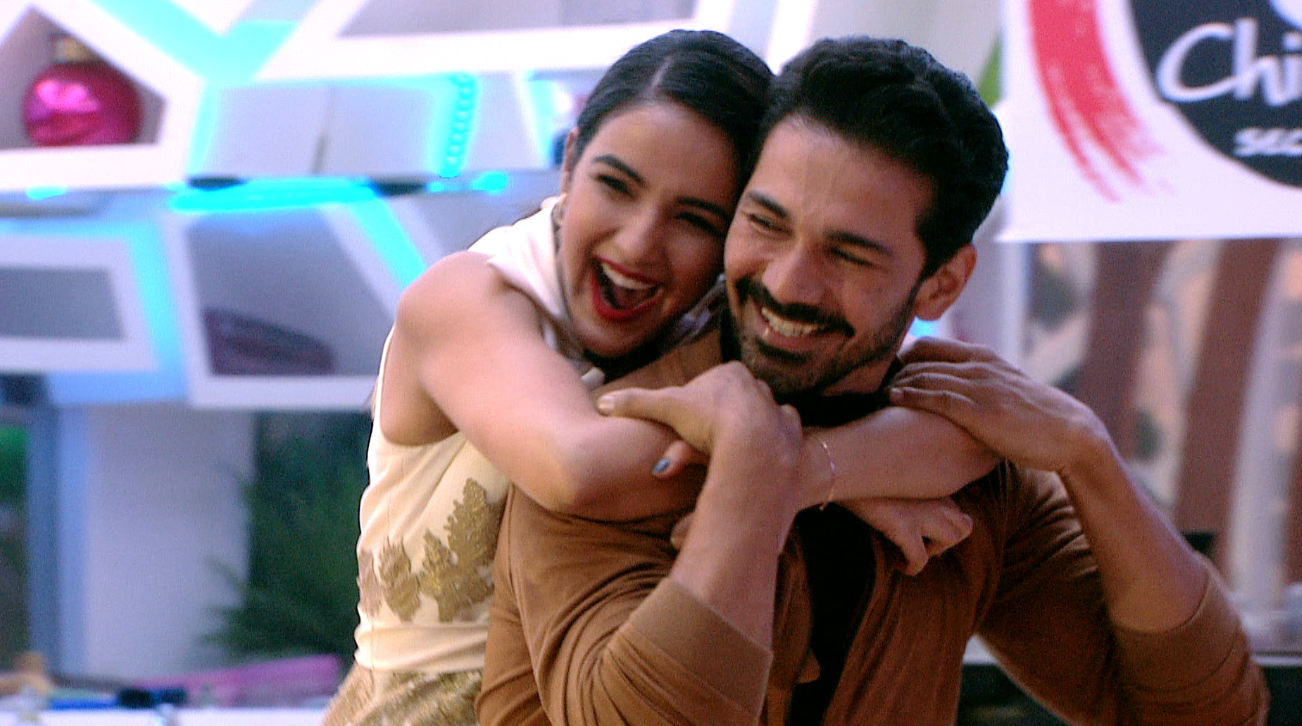 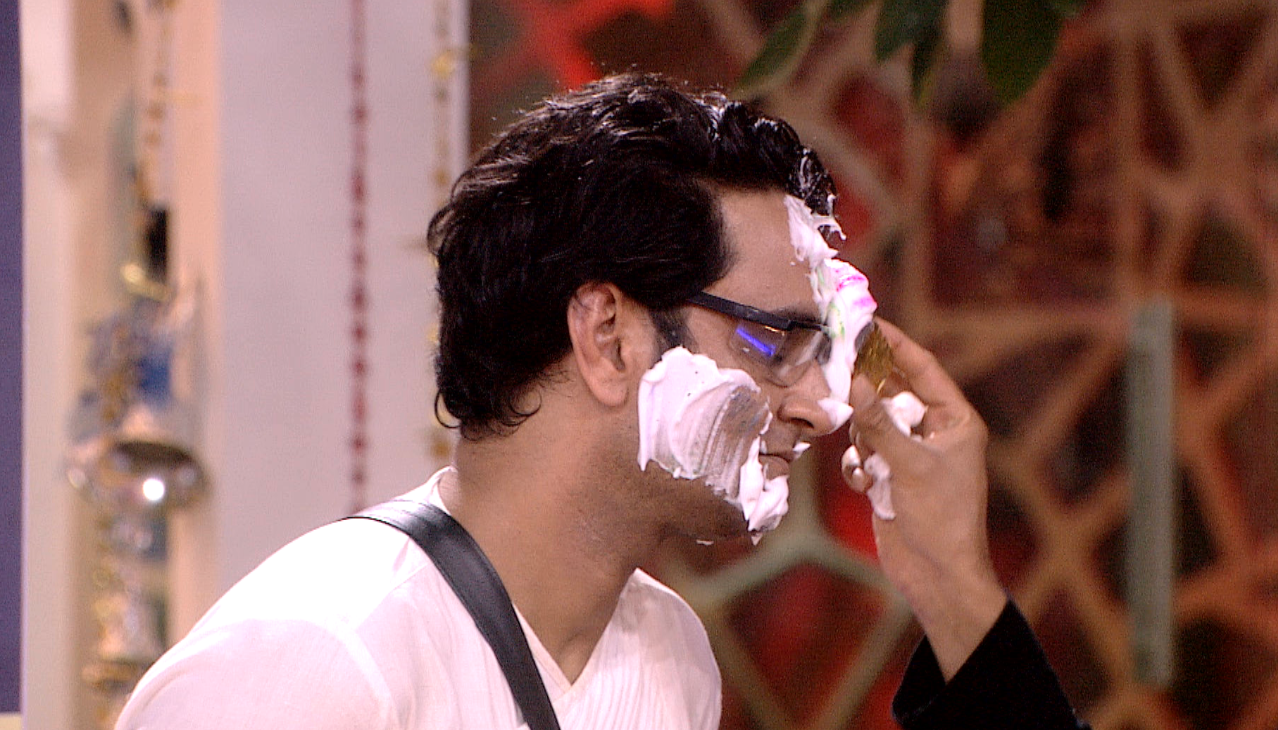 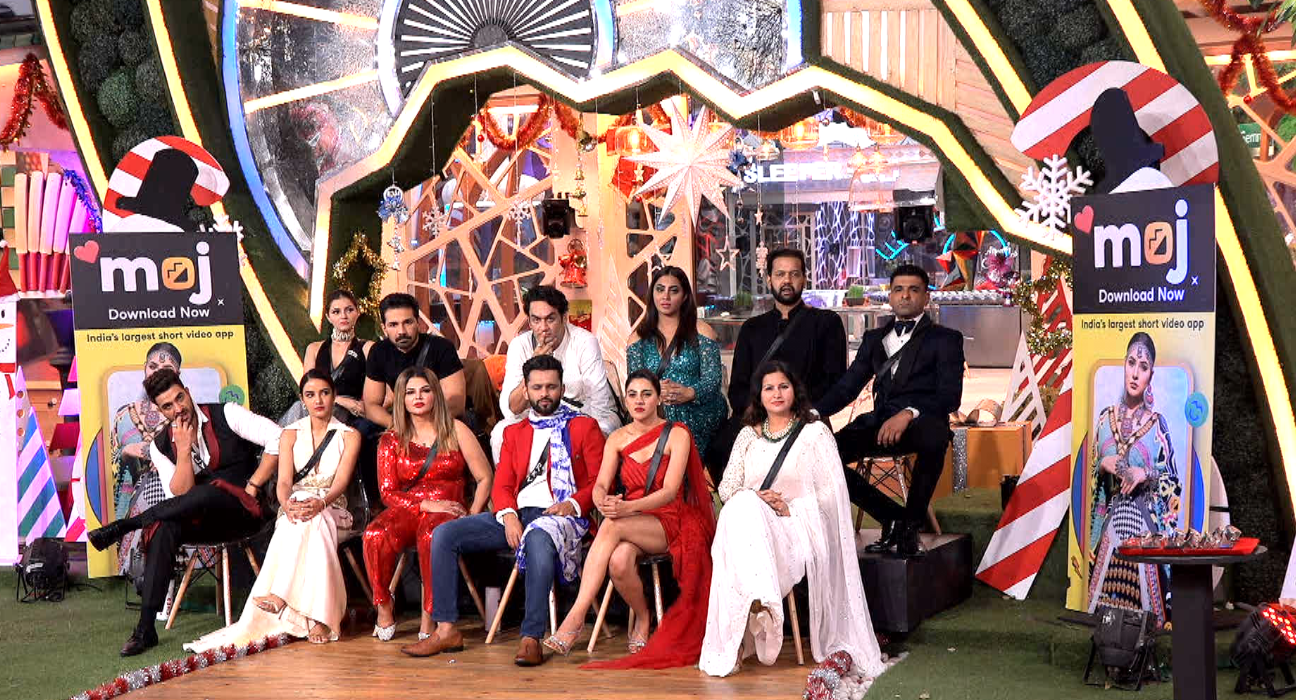 Next, the housemates all do a special dance performance. Rahul Mahajan and Rakhi do the most fun and entertaining dance performance to the song Tip tip barsa paani which leaves Rahul a bit shocked! Arshi and Vikas, too, put up a great show on Kabootar Jaa Jaa Jaa, as do Jasmin and Abhinav on Chicken Kukudku! In the end of the performance, all the housemates put up a rocking performance on Swag Se Swagat as they shake a leg to Salman’s iconic steps and wish their favourite host a very Happy Birthday! 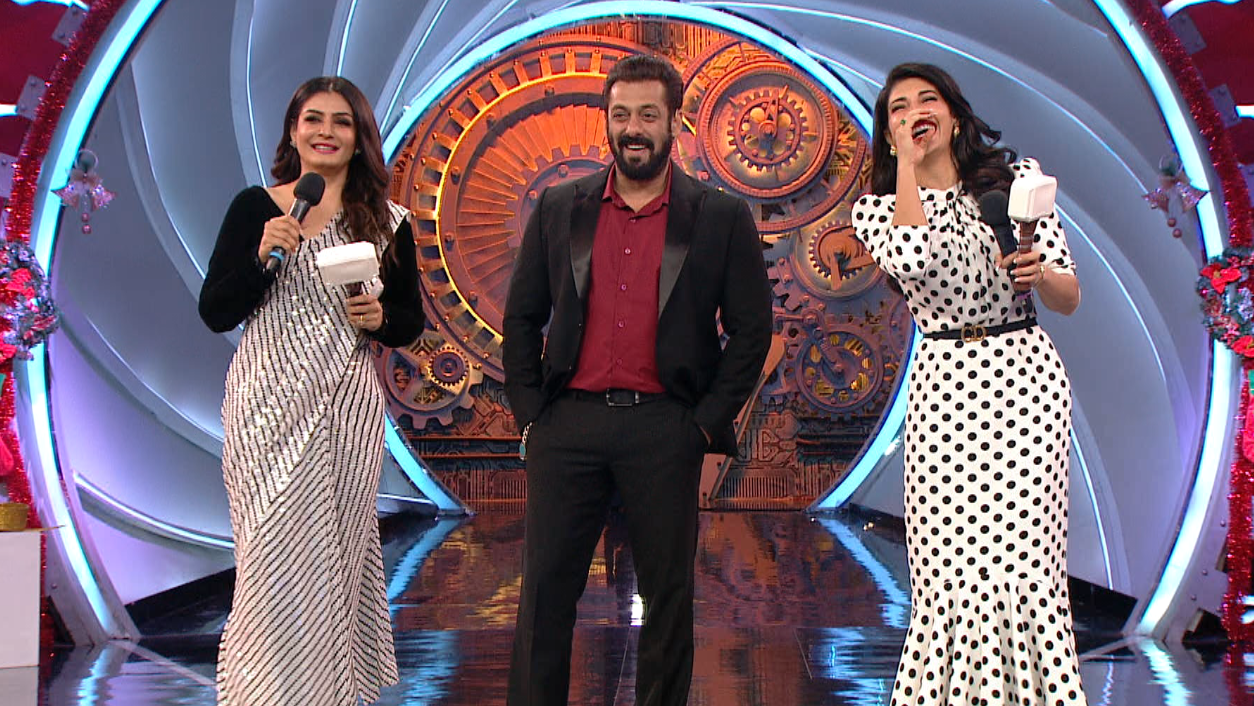 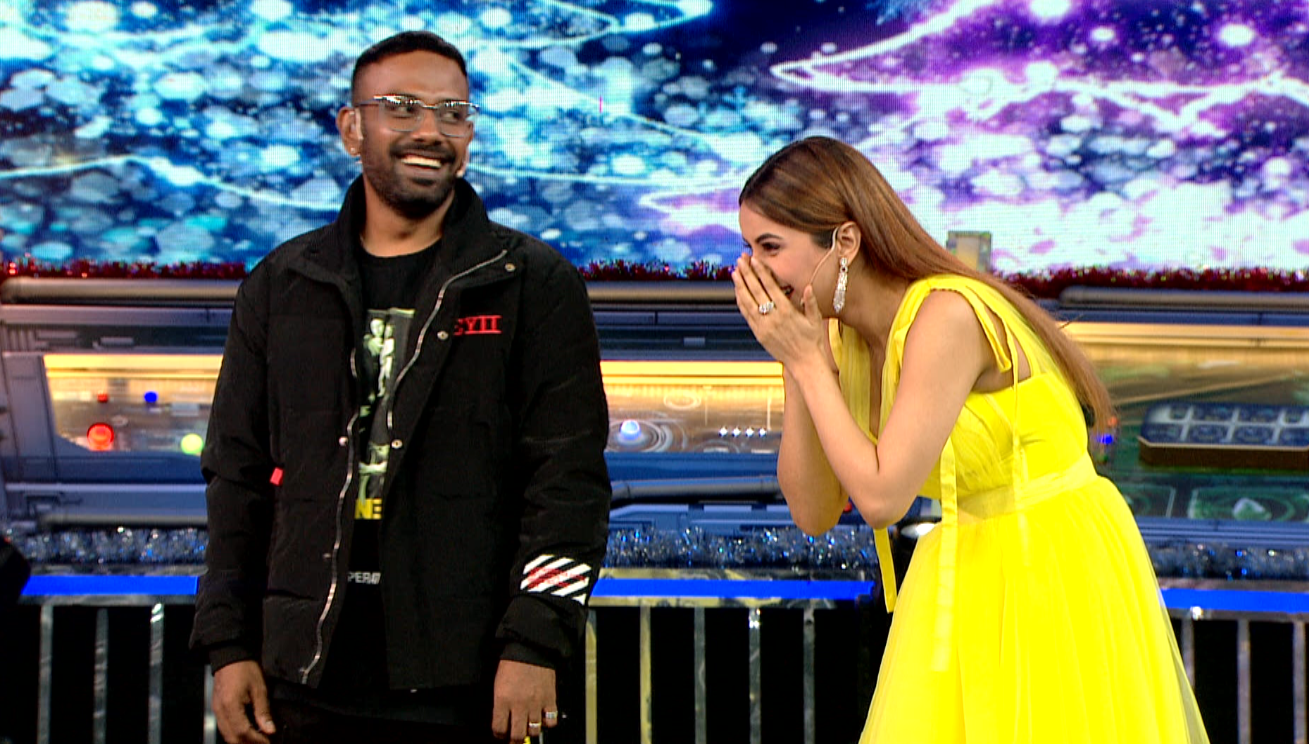 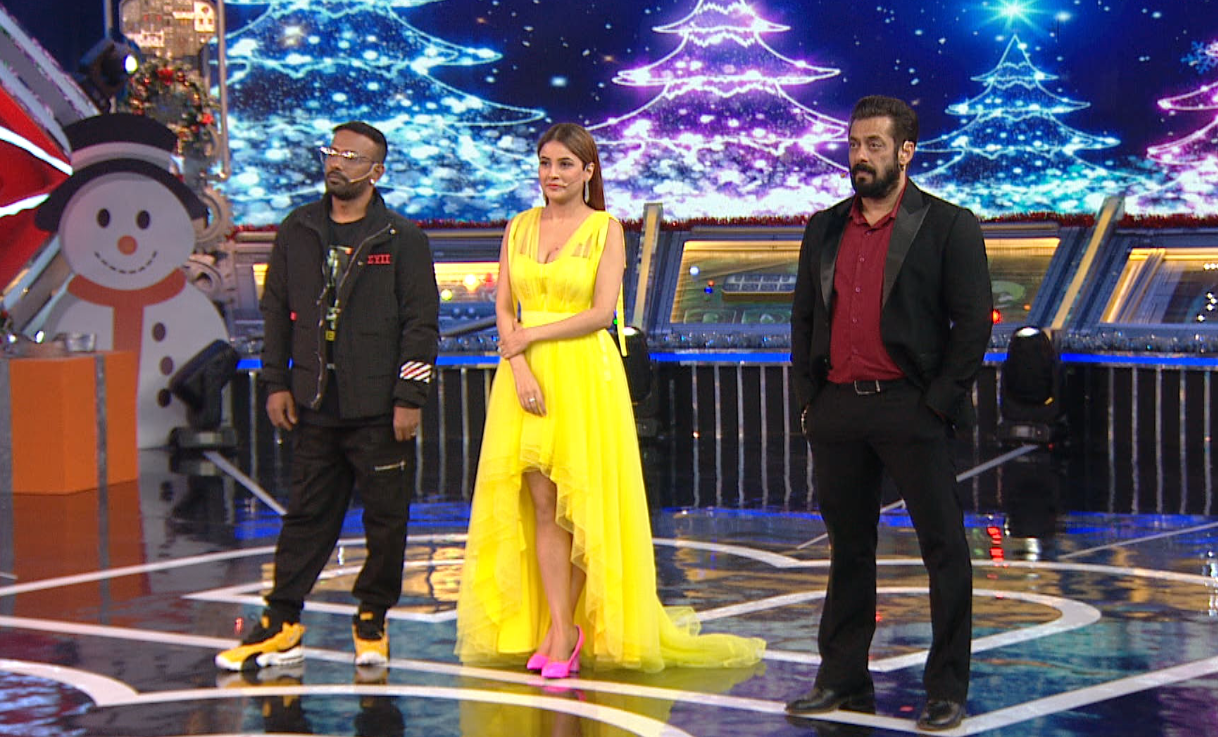 To make the Weekend Ka Vaar even more special, Salman Khan’s two special co-stars Raveena Tandon and Jacqueline Fernandez grace the stage! Considering the two have acted in multiple films with Salman, they play a special game where they decide who knows Salman better! With two hammers in hand, the master host Salman Khan is made into a human-buzzer, and the two beautiful actors have to hit him with the hammer when they are asked questions about Salman!   The master host has a great time during the round and even counts the number of thumkas he can lagao in a minute! The trio shakes a leg to some iconic Bollywood songs and the celebrations end on a high note with a fun cake-cutting!