Advertisement
HomeTELEVISION NEWSBIGG BOSSBigg Boss 13 Day 138 Highlights: Mahira faces eviction, Shehnaaz distributes invitation cards for her upcoming 'swayamvar' and Sidharth-Arti have a look back at their journey in BB house

Bigg Boss 13 Day 138 Highlights: Mahira faces eviction, Shehnaaz distributes invitation cards for her upcoming 'swayamvar' and Sidharth-Arti have a look back at their journey in BB house

The latest episode began with Mahira Sharma being declared as the evicted contestant. The actress hugged Paras Chhabra and said that her dreams are shattered. She then exited the house after meeting the finalists. Vicky Kaushal, who was inside the house to promote his film Bhoot Part One: The Haunted Ship, too left. Bigg Boss summoned the housemates to the garden area. He asked Shehnaaz Kaur Gill and Arti Singh to guess who amongst them will bid adieu to the show. He then informed that all the remaining six have been qualified for the finale.

As Shehnaaz and Asim Riaz discussed about the finale, the inmates were surprised to find a stage set up in the garden area. Shehnaaz is asked to come to the confession room. Bigg Boss informed her that she has been receiving marriage proposals from a number of suitors. He told her that her swayamvar has been organised and invites are printed. She was told to distribute them amongst the housemates. Moments later, a band group entered the house and all the finalists broke into an impromptu jig. 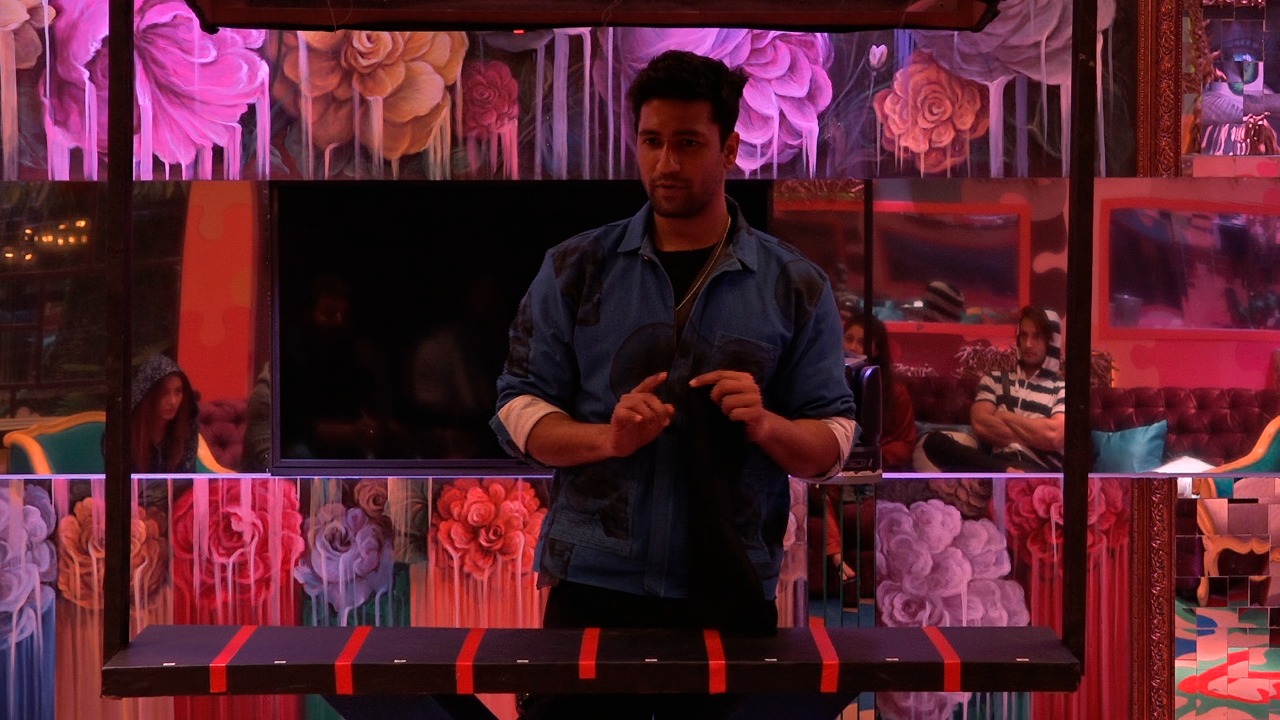 Later in the day, Arti was asked to come out so that Bigg Boss could show her journey on the big screen. Amidst a huge number of fans cheering for her, the actress got emotional as she was shown her transformation from a submissive person to a strong contender.

Sidharth was the next to witness his journey in totality. He got emotional on watching himself progress on the show. Bigg Boss then pulled his leg for wearing the same T-Shirt and shorts throughout the season. After watching his journey as fans cheered for him, Sidharth went inside the house and hugged everyone.