With less than 5 days left for the finale, the contestants are feeling immense pressure. The top 7 contestants are trying their best to keep it together as nervousness and anticipation takes over. Salman Khan begins the last Somwar Ka Vaar with a bang.

As the ‘Paap ki potli’ task is introduced, the contestants take subtle digs at each other while highlighting all the ‘paaps’ they have committed during the season. While Sidharth fills Rashami’s potli for pointing a finger at his character, Shehnaz picks on Sidharth for not giving her attention and breaking her heart every time. Though everyone had their own share of paaps to feel guilty about, Rashami is awarded ‘paapi of the season’. 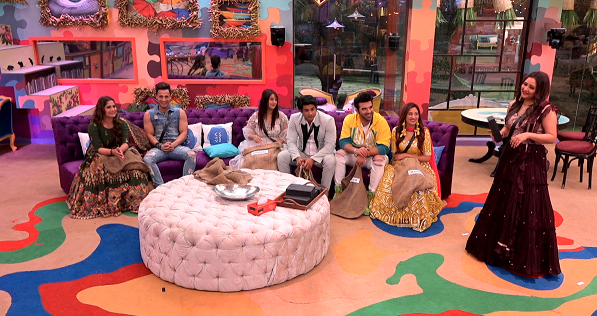 Much to everyone’s excitement, Ayushmann Khurrana makes as entry on the stage along with his Shubh Mangal Zyada Saavdhan costars Neena Gupta and Jitendra Kumar. After some fun conversations about the movie and the contestants in the show, Salman Khan moves on to his ritual of playing games with his guests on the set. Salman Khan turns a ‘Golgappa wala’ while Ayushmann and Jitendra hop onto tricycles and become his delivery boys.

They have to take rounds and deliver the sumptuous golgappas made by Salman and feed them to Neena Gupta who stands on the other side of the stage which results in spurts of laughter. 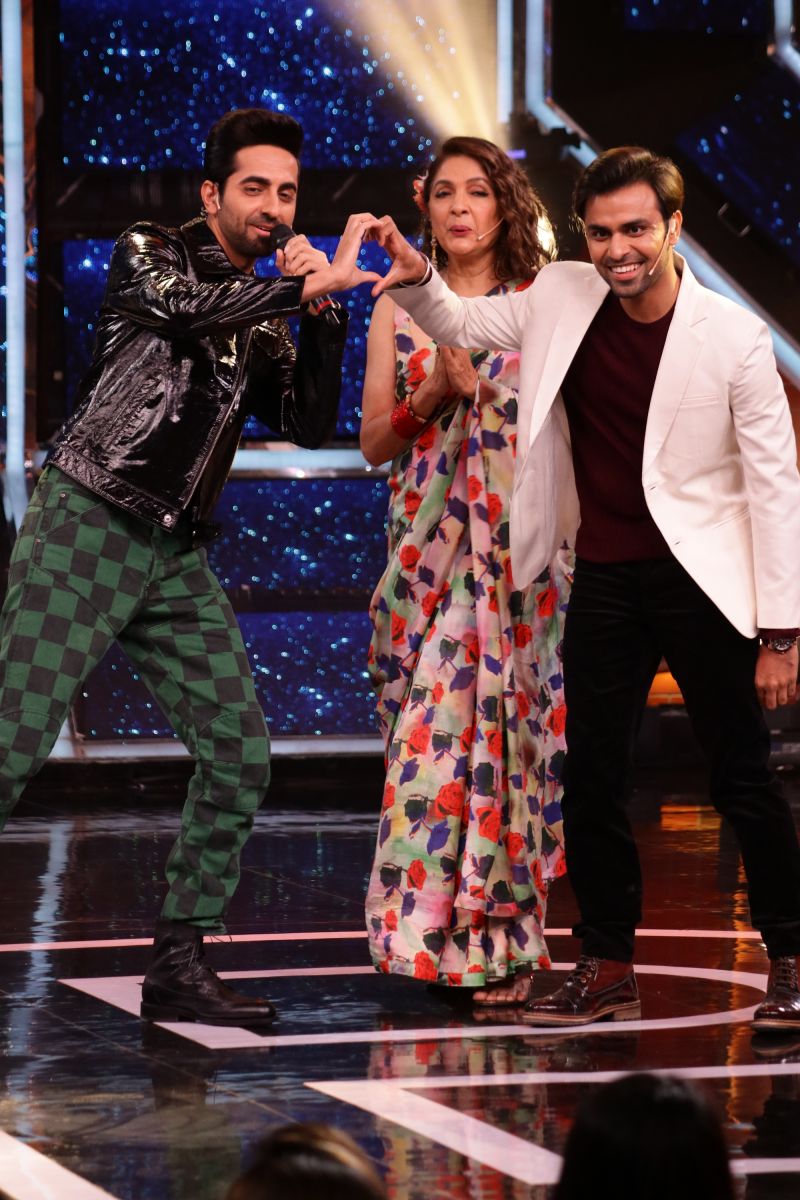 Next up Salman welcomes his dear friend and anchor Rajat Sharma on the stage. While they announce the ‘adalat’ session with the contestants inside the house, Rajat Sharma decides to begin the drill with Salman Khan. Rajat puts across some allegations ranging from announcing his exit from the show every year to playing spoil sport in the housemates’ love stories both inside and outside the house. 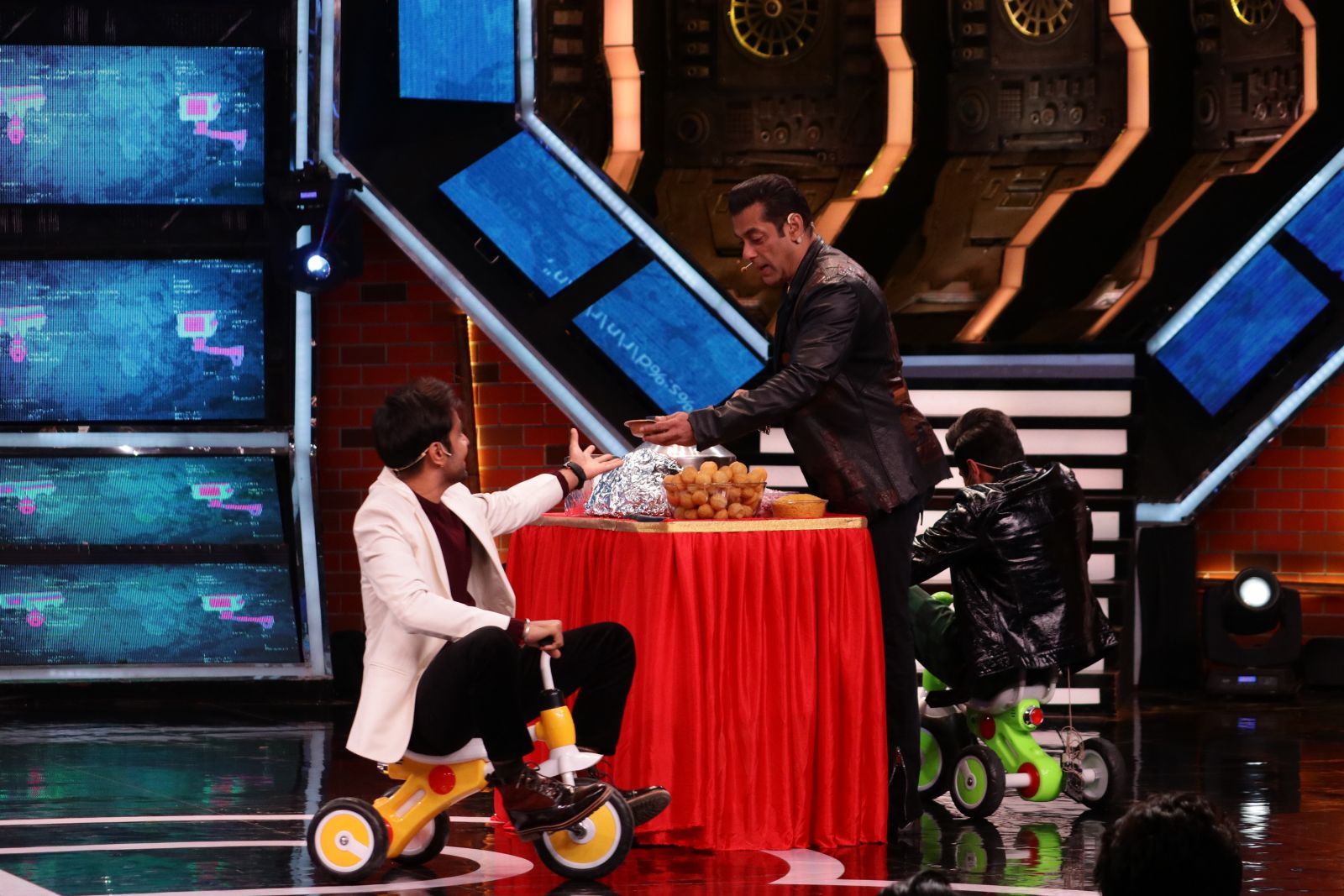 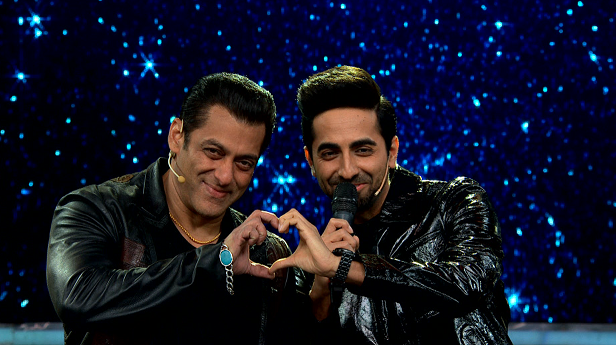 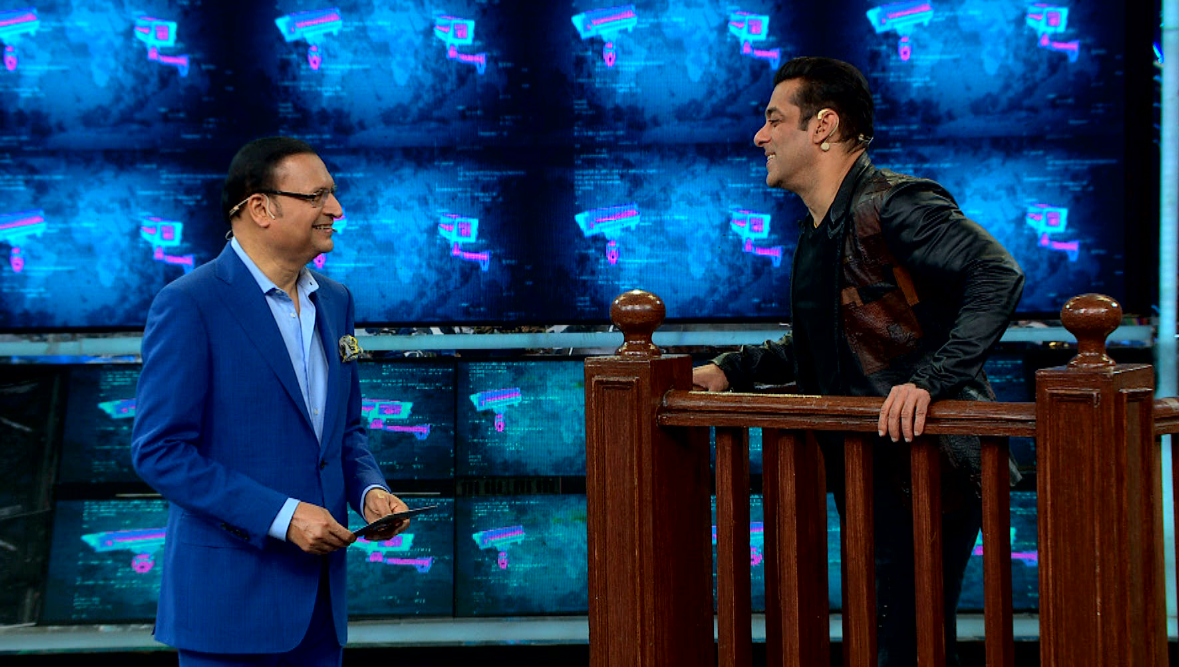 Leaving the contestants at the edge of their seats, Salman Khan makes a surprisingly unexpected announcement.