The contestants are waiting for the final buzzer of the Bigg Boss Transport services task to go on and they are geared up to do their best in order to win. With a big decision being taken on Sidharth's behavior and now being nominated for two consecutive weeks, he's seen calmly standing by his teammates during the task.
The task begins and both the teams rush to the 'Godown’ to collect maximum stock for themselves. However, their over enthusiasm results in everyone getting aggressive and Paras hurts his finger. Paras is quick to blame Sidharth for this mishap.

Come dinnertime, the conversation around food begins. Having decided, mutually that khichdi will be made for dinner, Himanshi, suddenly refuses to cook as she hasn't cooked the dish before. Hindustani Bhau comes to her rescue and gets everyone to agree to eating roti -sabji. A stubborn Himanshi, takes it upon herself to learn to cook khichdi but her displeasure does not go down well with the housemates as they expect a full meal to be cooked. Waking up to the tune of Humma Humma, the contestants groove to the beats with great enthusiasm. Unable to recognize the relevance of the song they proceed to doing their daily chores. But Arti is not holding up well with her group mates and appears to be upset. Arti tries to confront Asim and tells him that she felt bad when he questioned her captaincy. She also speaks her heart out to Shefali about being avoided by Sidharth. She reveals that she will now play the game alone now. On the other hand, Asim and Sidharth feel that Arti is changing sides and is now more inclined towards Arhaan and Paras. Surprises are often loved by everyone but in the Bigg Boss house it need not be pleasant one for everyone. Later in the afternoon the doorbell of the house rings and everyone begin to worry. The whole house gathers outside and wait in anticipation as the ‘Bahus’ Rashami and Devoleena re-enter the house. Clearly not happy to see them, Sidharth walks away while Paras and Mahira jump with joy. 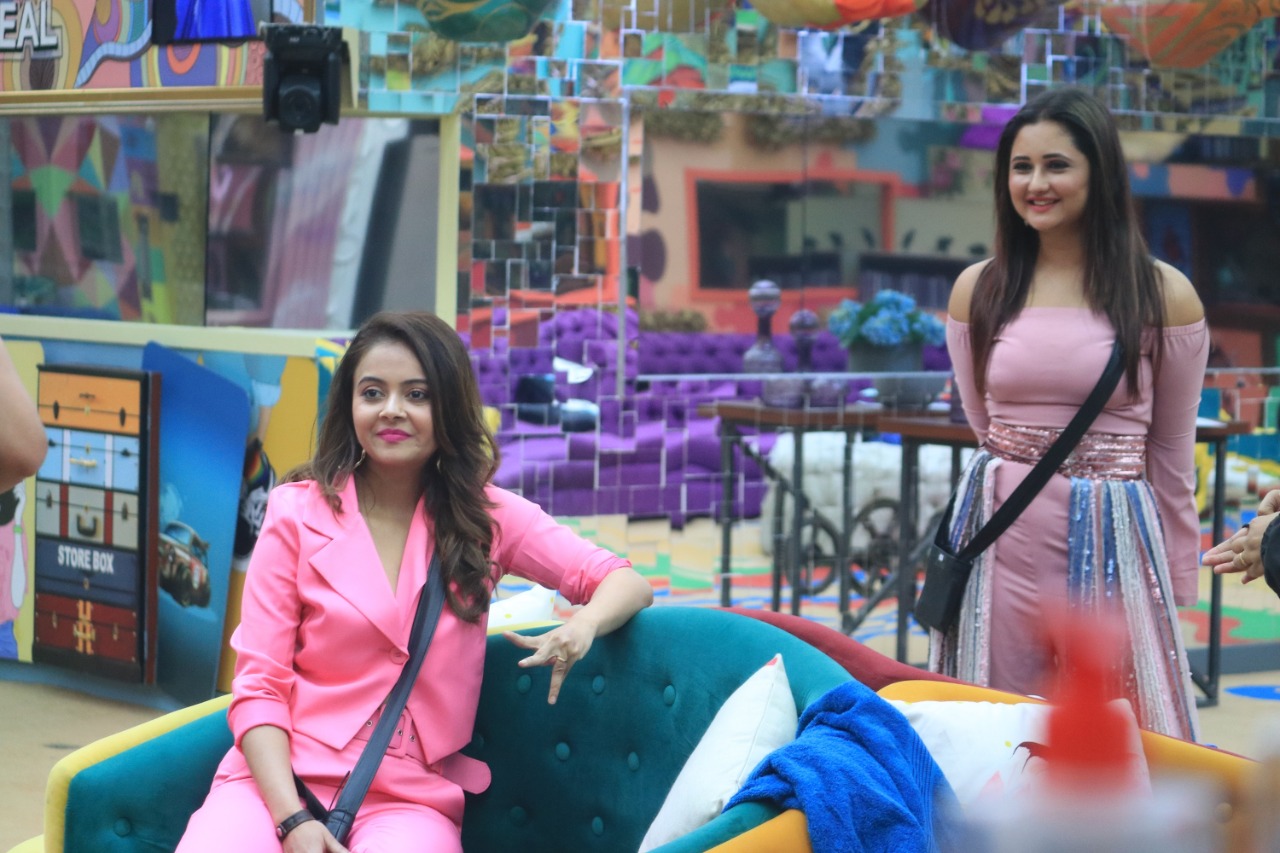 With Rashami and Devoleena, how will the game change from here on?