Tanushree Dutta on joining Bigg Boss 12: You think Salman Khan is God and BB is heaven 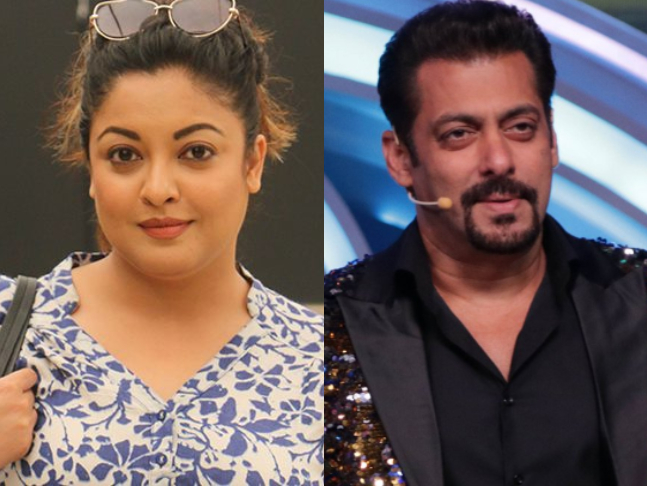 Tanushree Dutta created a huge stir in Bollywood after she alleged that veteran actor Nana Patekar sexually harassed her on the sets of the 2008 film Horn OK Pleasss. She further claimed that he went on to intimidate and get her attacked by MNS party workers when she declined his advances. Soon after, the workers of the Raj Thackeray led MNS party started spreading rumours that Tanushree's act was a publicity stunt to garner attention as she wanted to enter Salman Khan-hosted Bigg Boss 12.

Now in a recent interview with a leading channel, the actress rubbished all rumours of her joining the controversial reality show by stating, "This is a way to discredit me that I am doing this for Bigg Boss. What, you think is a great aspiration? I don't think that. You think Salman Khan is god and Bigg Boss is heaven, I don't think that." She further said how Bigg Boss makers had offered her crores over all these years to be a part of the show, and added, "I have been saying no. I am claustrophobic anyway, I need to move around."

Not to forget that Salman, who was recently quizzed about the Tanushree Dutta-Nana Patekar controversy during a media interaction, claimed that he is unaware of the entire fiasco.

Meanwhile, in a recent development, Tanushree finally lodged a police complaint on October 6 against Nana Patekar at Oshiwara Police station in Mumbai. On the other hand, Nana has kept almost mum on the entire allegations and recently just claimed that "Jo jhooth hai, woh jhooth hi hai (A lie is a lie)."
Well, how far does India’s very own #MeToo movement changes the work environment for women in the future, is still left to be seen.