Ever since dropping the pregnancy bomb on fans and fashionistas, mum-to-be Sonam Kapoor Ahuja has been changing the maternity style game in Bollywood. Displaying her bump in all its glory, the drama mama has been outdoing herself with each passing appearance.

After oozing vintage princess vibes in an Abu Jani Sandeep Khosla look, the diva is has blessed us with another look to die for! Leaving quite little to the imagination, Sonam left us gawking at her reflection dressed in a sheer, lacy kaftan number and we are reeling in the feels… 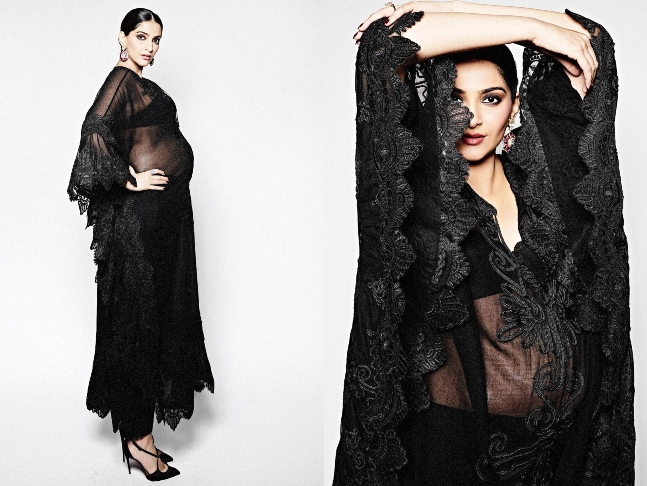 Styled effortlessly by sister Rhea Kapoor, Sonam gave a peek of her pebble dressed in a see-through kaftan set from the shelves of FIL DE VIE. Her transparent outfit came with lace detailing on the sleeve and the hemline along with a feisty neckline. The breezy kaftan hugged the actress’ curves just at the right pinces accentuating her growing baby bump furthermore. The actress jazzed up her attire with a pair of dainty danglers. 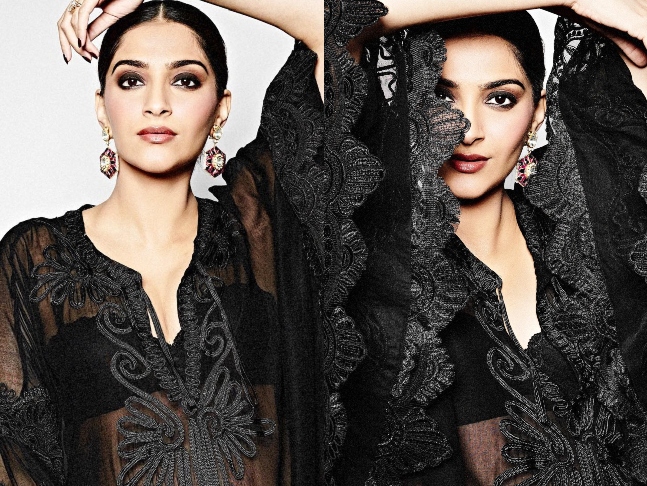 On the glam front, Sonam opted for kohl-rimmed smokey eyes, and glossy nude lips done by MUA Savleen Kaur Manchanda. She rounded off her look by tying her long locks in a sleek, centre-parted bun, courtesy of hairstylist Alpa Khimani. 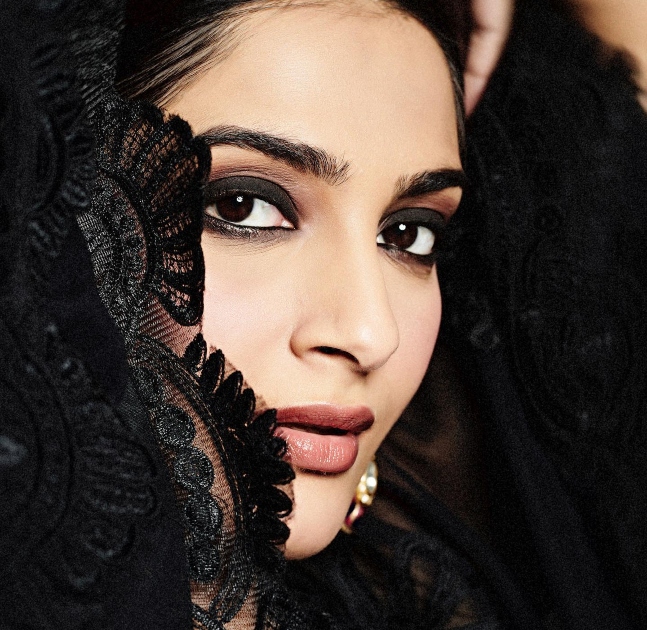 Hot damn, wondering what is this diva’s next fashion move going to be!