Sonam Kapoor Ahuja has been one of the most in-demand attendees of London’s hottest fashion shows and galas. The queen of international red carpets made headlines at the preview party of the Royal Academy of Arts Summer Exhibition looking nothing less than royalty. At The Business of Fashion show, she looked like a vision in red and recently, she made a fashion statement at her friends’ launch party by celebrating the female form in an oversized ivory ensemble with a hand-painted female silhouette.

Now, the fashionista once again made heads turn at the Alexander McQueen Spring/Summer 2022 fashion show held at the historical shipping Tobacco Docks in London on 12th October. Dressed in a beige structured coat dress complete with black boots from the label's collection, Sonam Kapoor Ahuja was dressed to the nines as she attended the much-talked-about fashion show. 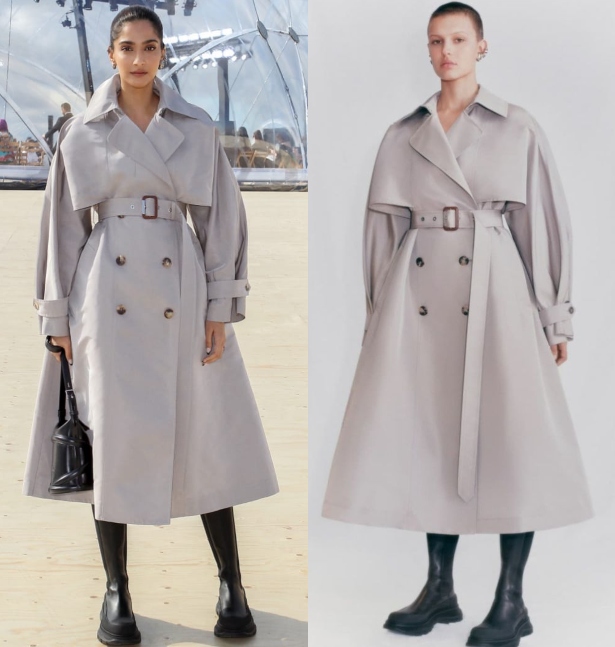 Speaking of her hair and makeup, the actress opted for a subtle look with a matte glam, nude pout and a classic bun to complement her outfit. Those shiny hoops added a bit of dazzle to her monotone attire. 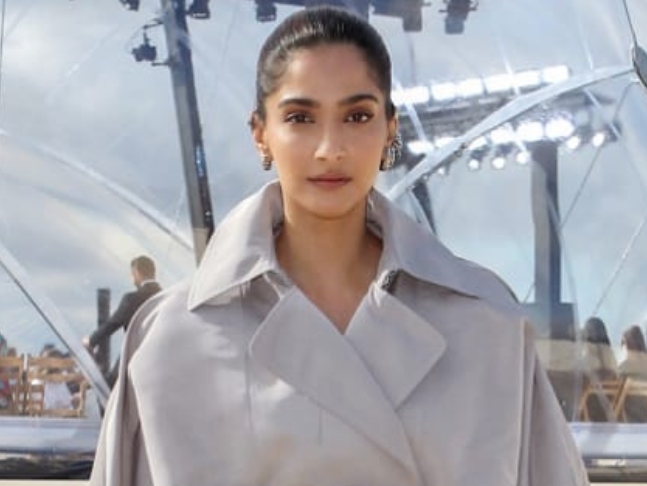 Alexander McQueen’s S/S22 collection, presented by Creative Director Sarah Burton was inspired by the ever-changing skies and was showcased in a transparent rooftop bubble to match the collection's muse. Attended by the who’s who of London’s fashion world and high-society, other guests at the show that witnessed McQueen's return to the ramp included Emilia Clarke, Lara Stone, Daphne Guinness, Eddie Redmayne, Katie Grand and Ezra Miller.

Channeling her inner ‘Gangubai’ yet again, Alia Bhatt makes for a vision in a Harith Hashim white pantsuit for her 'beautiful day in Doha'; returns back to the bay